April Vokey and a cast of Canadians

If the Adventure Angling Group, a Seattle-based fly-fishing film company that dominated the genre for several years, failed in one capacity it’s that its work lacked storylines and relied completely on beautiful landscape and images of fish.

Now the Canadian version of AEG, Fly Max Films, is venturing down that path, although there’s potential and possibility to be acknowledged here, too. 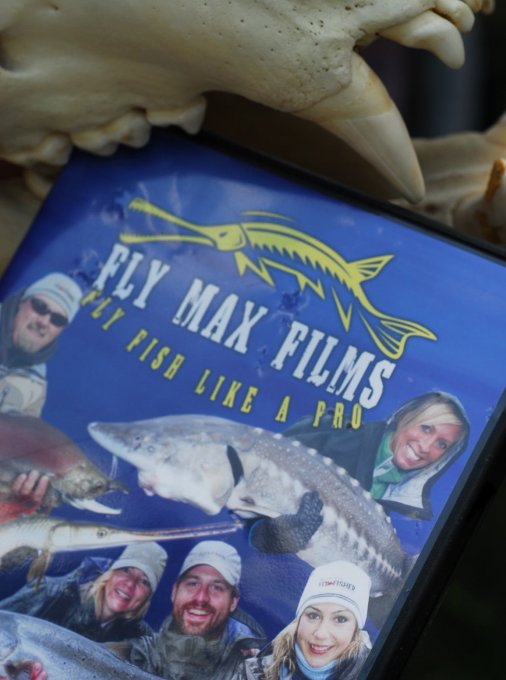 In Fly Fish Like a Pro we’re treated to a killer soundtrack, images of fish we’d all like to catch, and places we’d like to visit. What’s lacking is any understanding of the people and places we’re shown and the limited commentary is rudimentary at best, downright awful when anglers turn to the lens and, awkwardly, say things like, “Sweet” and “Is this thing on?” and “Do you want me to do anything else?” Believe me, I’m as yo, f’in bro and devil sign as the next guy, but I need more than the landing of some gnarly fish by some beanie-clad bad-ass to keep my interest…and our anemic industry demands a more straightforward introduction for those desirable souls who pose the question, Is fly fishing for me? I want to know these people because they seem way cool.

While watching the film I had to wonder: Who are these lucksters? How do they find so much time to fish? Do they have families? Did they win the Lotto? Are they sponsored former skiers gone fly fishing or natural born trustfunders? Why do they fish and what makes the experiences we’re held witness to so relevant? I’m all for them having a blast and getting to do all the things the rest of us hope to do, I just want to know the story.

In the opening salvo, called B.C. Outback, were teased with these words: “The story of how it started.” And then we’re given a trout and dolly varden exploratory with little narration. Was this a yearlong adventure? Were there goals involved? What, exactly, did they start? And why were they having so much fun? Because good fishing is so hard to find? Because weather and water conditions are so variable on the coast? Because one day you can’t buy a coastal cutthroat or rainbow and the next you’re blessed with a 50-fish day? A challenge and reward sort of thing, which would separate the experience from, say, fishing the neighbor’s stocked trout pond? After 105 minutes of fishing fun I’d seen a few good fish, minus any steelhead I should note, and I hadn’t seen co-host April Vokey nearly enough.

Ah, April Vokey, the British Columbia-born spey-casting cutie with a knack for catching steelhead and posing as beautifully as can be. With blonde hair and a pink scarf wrapped over a shoulder here, or brunette hair and an olive nightclub sweater worn there, Vokey’s as marketable with a steelhead in her dainty hands as anybody on the planet (we’re so easy). A friend of mine says he suffers from AVS Syndrome and I know there are many more of you out there. So here’s the point: With Vokey onboard and a demonstrated passion for the sport, Fly Max can and should do better.

The hang-up: after reading reviews of Fly Fish Like a Pro I learned that producers Nick Pujic and Paul Langford may have accomplished exactly what they set out to do—to build an identifiable, original DVD with “less-talk and more fishing.” All fine and dandy, right. Show me the fish and make me swoon. But here’s the thing; fly-fishing sponsorship dollars should not be ladled out like gravy. Our industry needs more dollars and new patrons in the worst possible way and we can’t afford to blow opportunities to draw in fresh faces and keep those we have. Fortunately, there are avenues to provide the hippest new fly-fishing videos while expressing what newbies need to hear.

With that said, I wouldn’t shy away from this video’s $19.95 price tag. Scenes showing monster cutthroats, savage gar, Gaspe Peninsula’s Atlantic salmon, and the Fraser River’s enormous sturgeon (not caught on a fly rod of course) are worth the price of admission. Turn up the surround sound, which could serve as acceptable background music at a rave (my four-year old daughter, Tate, danced her socks off), and sit down with a cool one and a snuff tin. You’ll love the scenery and the fish-hoisting shots.

In the end I, at once, love and regret the new film, which is being turned into a 13-episode TV series. But I have faith in the Fly Max people; they’re young, aggressive and competent. Hey sponsors: When Fly Max comes knocking I say pony-up. They’re way-cool Canucks with lots of potential and marketing intelligence. They’re not half-assing this thing. When you write those checks, however, ask for a storyline and demand more April Vokey. If those combinations come into play, there’s a real winner to be had.