Hatch’s Bad-Ass Custom Reels
I’ve been fishing Hatch reels for four or five years now and other than one minor glitch with a prototype I’ve found them to be super-reliable and about the best looking piece of machinery you can hang from your fly rod. 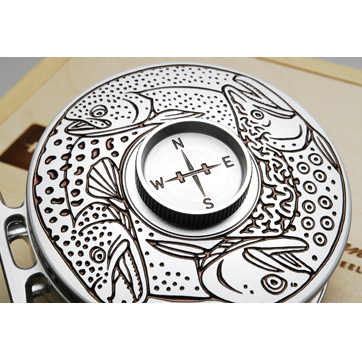 That would look sweet on any stick.

Recently, Hatch launched a line of custom reels, engraved with the art of Lance Marshall Boen. These are pricey rigs, but think about the jealousy your angling buds will harbor when you whip one of these reels out. There are six models available, depicting all kinds of fishing–bluewater, flats, steelhead, and trout. An additional reel is for dorado addicts and another sums up everything and it called Water’s Bounty. The reels are appropriately designated for line sizes. For example, the Trout Compass reel is the 5-plus model. The Big Game Bluewater reel is the 12-plus. The Steelhead Lifecycle reel is sized to the 7-plus and the 9-plus. 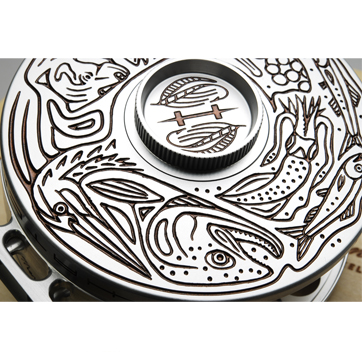 This one depicts the steelhead lifecycle and it's a must have for chromeheads.

These are limited-edition reels that aren’t just laser engraved. Hatch’s owner, John Torak, says they are fully machined relief engraved into the surface of the reel. Torak lives in San Diego and gets to test these reels and Hatch’s common line of reels on the ocean and in freshwater when he travels to his second home near Henry’s Lake in Idaho. 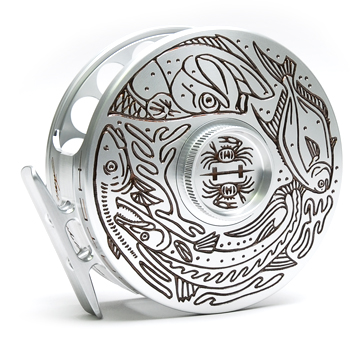 Saltwater enthusiasts should be holding line with this before casting to bones and permit.

I would call Torak one of the most creative guys in the fly-fishing industry, an excellent photographer and designer. That creativity comes out in the custom reels and in Hatch’s modern apparel line. Make sure to check out all of Hatch’s reels and gear at www.hatchoutdoors.com Tell them Tonic sent you.