Second Place at the Father’s Day Fishing Contest
Ok, so the Ennis father’s day fishing contest wasn’t fly fishing, not even close. But it was important, an angling introduction for a lot of kids, a chance to catch a pile of hatchery raised rainbows and a few wild fish that landed in the Lion’s Park pond sometime during winter when the Madison went over its banks. 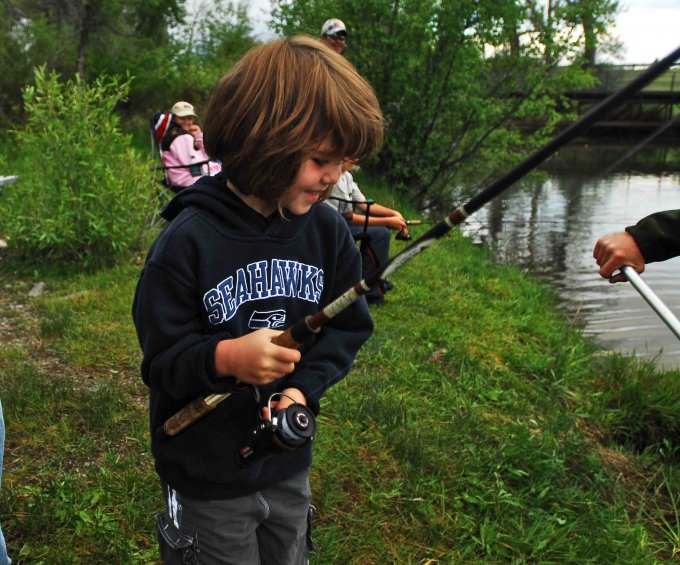 I’m telling you there was some bait slinging going on yesterday and me and my daughter, Tate, got caught up in the mix after trying a San Juan Worm and then caddis emergers to no avail. That’s when my wife showed up with some nightcrawlers saying, “Tate wants to catch a fish so use these.” About five minutes later, after securing a giant worm to the San Juan (I only had flies, no bare hooks), Tate’s indicator went down and the fight was on. A minute or two later the judges netted a 22-incher and Tate was all smiles. We released that fish, of course, and a little while later she had a 19-incher on the bank. 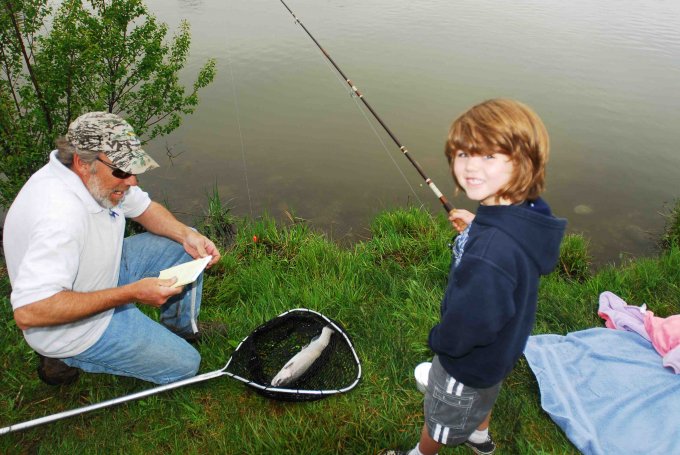 I’m not saying this was top sport, and some of those fish had their fins rubbed raw from the hatchery raceways, but I won’t forget yesterday and Tate’s smile and how proud she was to have landed those fish. And I won’t forget when she got called up front during the awards ceremony to accept her second place prize. Pretty cool. Here are some pics. Next up for Tate? A float down the Madison with her 2-weight. She’s got the bow, I’ll pull oars.

This entry was posted in Montana, Northern Rockies and tagged Ennis, Tate Thomas. Bookmark the permalink.