The Henry’s Fork Bounces Back 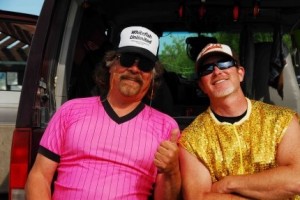 Whitefish Ed and the rest of the crew

Word out on the Henry’s Fork is that the river is back, meaning it’s progressed from a few years ago when anglers insisted that the state begin stocking the river with hatchery-raised trout. You can’t drop much lower than that.

So, what to do? Late on Saturday night I was issued a shore-pass so I took off in the morning and drove from Ennis to Island Park and geared up at the top end of Railroad Ranch. My intentions: walk the river as far downstream as I could and check out the possibilities. When I fished the river frequently in the 1990s the Fork’s wild rainbows were plentiful and large.

I was particularly excited because just as I got on the water I saw big green drake duns floating on the surface and I was sure that the trout would key on them. But, no. In typical Henry’s Fork fashion, the trout decided to gently suck in size-18 Baetisand PMD spinners. The only things eating green drakes were seagulls. Go figure. 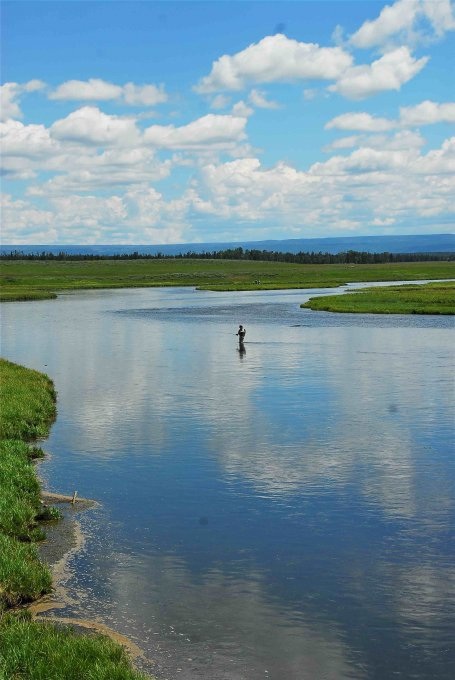 As pretty as ever, now with rising fish.

Fortunately, there were lots of rising fish, not as many big ones as I remember in the past, but enough 10 to 12-inchers to keep things interesting and few bruisers to make your knees shake. I found one of those fish in the islands section and worked him for 20 minutes or so. Clearly that fish was keyed-in on the little stuff and I tried to place as size-18 Rusty Spinner in his grill, but glare on the water and a head-on wind made casting more than difficult. As you’ll do from time-to-time while fishing the Fork, I glared into my dry-fly box and couldn’t find a good answer. Then I saw some white hackle on a peacock-body Renegade, a fly I’ve never thrown in my life and something that seemed outlandish for the Henry’s Fork’s flat-water surface. I tied it on anyway, in part because stonefly nymphs were drifting past, just under the surface, washed down from Box Canyon I figured. I thought that peacock body might be mistaken as a sunken stone or a beetle.

The first cast I made was a winner and I set the hook on a 19 or 20-some-inch rainbow that had been feeding in about six inches of water. The thing was pissed, and threw three or four headshakes in a row before tearing into the weeds where it broke me off. I grabbed my knees, cussed and then laughed because that’s all you can really do when a good fish, that you’ve worked hard for, breaks you off on the Fork.

As thunderstorms grew close I headed back to the access and then drove to TroutHunter for a halibut sandwhich. It was the 86th minute of the World Cup final—perfect timing. After the game I headed back to the access and hung out with Whitefish Ed and a couple of his clients who were having a ball learning to cast and then testing some risers from the handicap access. Later, they joined me midstream and the gal, Andrea, hooked a decent rainbow. She swore it was hooked in the side, but I saw it eat.

Pretty soon, fish were rising steadily and the Flavs were coming off strong. I walked off the water before full dark and while fish were rising, to shoot photos in nice light. Andrea and her friend, Cody, and Whitefish Ed, in his chrome jacket, stood with me and watched mist rise from the surrounding fields. Later, anglers wandered off the water by headlamp.

It was summer in Island Park, with good people and some old standbys. The trout are there, now, too. Basically, I’m here to report, the new Henry’s Fork feels a lot like the old Henry’s Fork and that means it will be a good place to be the rest of July and August. Get there if you can.