GT gets blanked on the big river

I had a pretty good run of luck on the Clearwater until last year when I hooked three or four fish and never beached one. Prior to that I think I’d landed a steelhead every day I’d fished the big Idaho river. Granted, I haven’t fished it often, meaning fewer than a dozen days in my life. But I had something going on over there and I didn’t want the big Karma to end.

But it did; I just drove 800 miles, threw as many casts as I had time and energy to make, and never got a grab. Couple tap-taps, but no real pull. Guys weren’t murdering the fish, but they were getting them. And I saw steelhead that I cast to without possitive results. I could go nuts thinking about how many fish probably saw my fly, but I have to keep the steelhead sanity going so I’ll just believe that the fly wasn’t in the right place, at the right time, to really grab a fish’s eye. 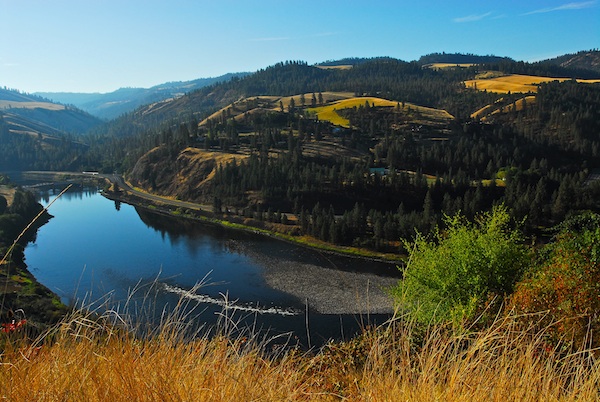 The bright side is this: there are lots of steelhead in the river now, spread all the way from Lewiston to Kamia, and they’ll be there

for a long time. The season stays open into spring. I’ll try to get back to the Clearwater in October, November or December. Worst case scenario is that I’ll hit the river on my way to Seattle for Christmas.

So, should you make the long drive and throw a line on the river? Yes, do it. My luck is steelheading. There were fish. They didn’t eat my fly. Fifty of them might eat yours. And I hope they do. Here are a few pics from the trip. Hope you enjoy.

This entry was posted in Idaho, Northern Rockies, Spey and tagged Clearwater, Steelhead. Bookmark the permalink.