Wolf Speak from Montana—kill ’em all 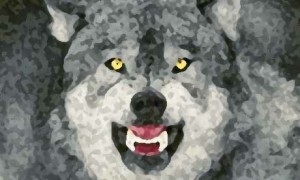 Nick Gevock and I share a couple things in common. First, he owns a house in Ennis, Montana that he can’t sell and, secondly, he and I have both had our lives threatened by the same Ennis outfitter. In addition, he shares a deep appreciation for wildlife and he studies the interaction of species in Montana and elsewhere. So, when I saw a column on wolves in the Montana Standard, I thought his pen might be behind it. Give this article a read—it makes a lot of sense. Thought you might enjoy, especially those who commented earlier this year when I said I’m going to start packing heat on the stream just in case a predator comes out of the bush while I’m casting flies. Let me know what you think.

Let’s kill every wolf in Montana.

Sounds like a popular idea these days among hunters. While we’re at it, let’s kill every grizzly bear, every black bear and every mountain lion. Throw in golden eagles, bald eagles, rattlesnakes and coyotes. We’d be left with a hunter’s paradise – a state teeming with game animals and hunting opportunity, right?

That’s the sentiment I heard recently at a meeting on the hunting season setting proposals in Butte, where an oft-angry group of sportsmen called for large-scale killing of predators to increase the number of deer, elk and other game species. The suggestions ranged from having government trappers shoot wolves from helicopters to…Read More

This entry was posted in Conservation, Northern Rockies, Uncategorized. Bookmark the permalink.

5 Responses to Wolf Speak from Montana—kill ’em all