Image of the Week: Geoff Moore’s 26-inches of Awesomeness 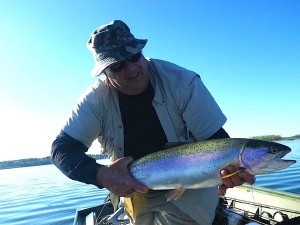 Ok, I get to post a bunch of my grip and grin images on the site, and I did so just a week or so ago when I placed an image of an insanely big rainbow trout, hoisted by yours truly, on the Angler’s Tonic homepage.

I caught that fish on some private lakes in eastern Washington that are large enough to allow you to think the fish have a chance. It was fun fishing but in the back of my mind I always was thinking, but this is private.

That’s why a photo of Geoff Moore with a giant rainbow caught my eyes—he caught his giant rainbow from public water in British Columbia just a few days ago. That he caught the fish where everyone has equal opportunity adds credibility to his angling prowess. So I thought I would post a shot of Moore’s fish here, for all to enjoy. Check it out and let me know what you think of it.

By the way, he caught this fish at Dragon Lake in the Quesnel area, which is part of the Cariboo Chilcotin Coast region. Image was captured by cigar aficionado Wes Gauley. Thanks to Gauley for permission to share it here. 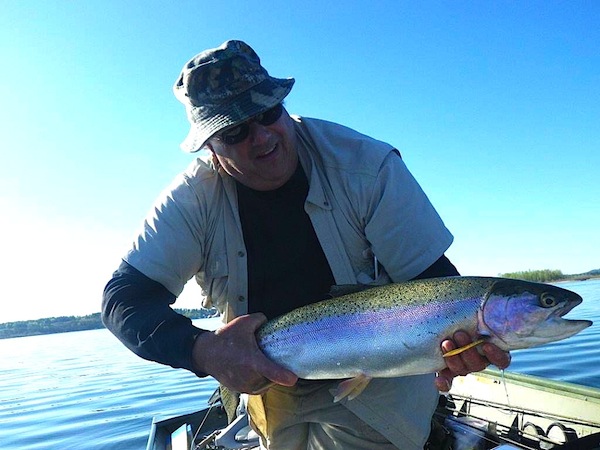 When Moore sent me this image it was slugged, 26-inches of pure awesomeness. That had me a little scared, but I was happy to see that declaration was directed at this big rainbow. Nice catch, brotha.

2 Responses to Image of the Week: Geoff Moore’s 26-inches of Awesomeness