As mentioned previously, I’ve been sifting through some invites to great lodges in Canada and I made a choice last week to visit Kluane Wilderness Lodge in the Yukon Territory. It’s located on Wellesley Lake about a two-hour flight by floatplane from Whitehorse. The lodge takes care of boats and motors, food and lodging, and anglers get to fish nearly 24 hours a day, if they choose, because you don’t have guides and it doesn’t get dark this time of year that far 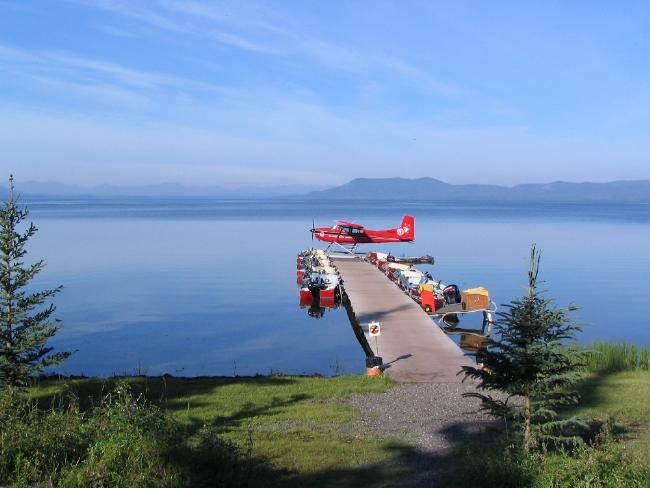 north. The only time you have to be accounted for is at 6 p.m. for dinner and a headcount.

Wellesley is a fertile lake that grows giant lake trout and big northern pike, along with lake whitefish. I’m eager to try for all three, including those big whitefish—up to seven pounds—on dry flies. This early in the season there will also be some indicator and 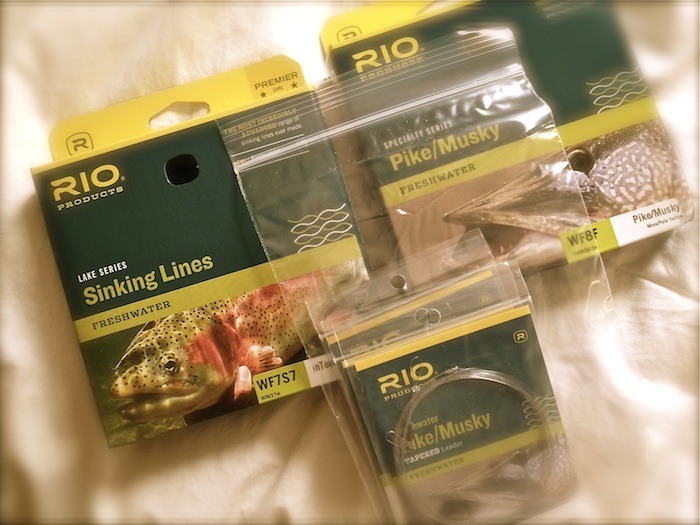 Got some tools of the trade and I’m ready to throw.

chironomid fishing for lake trout that range between four and 15 pounds. Deeper, with sinking lines, I’ll be working massive streamers for the big lake trout, meaning fish that could reach 40 or 50 pounds. In the backwater bays and shallows, I’ll also be throwing for northern pike that range to 45 inches. 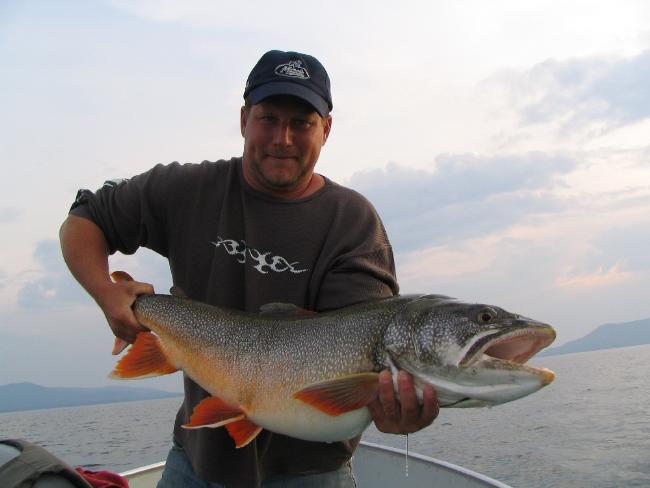 Just one like that and I would be stoked.

I think this is going to be an absolute fish fest and I expect to be thoroughly worn out by the end of it. I’ll be packing video equipment and a new Nikon camera with me and I’ll be 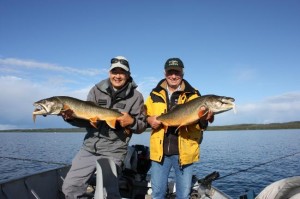 eager to share the experience with you when I return. There’s the heads-up if you don’t see a post for few days. I’ll bombard you when I get back. 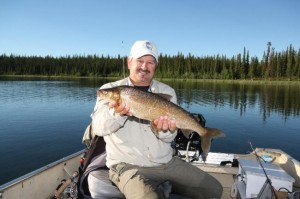 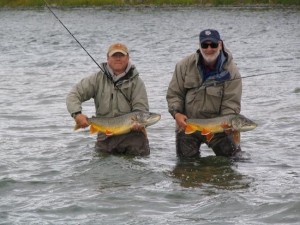 Taking a friend with for photo purposes and because we fish well together, so I’m hoping to get some “double” shots like this one.