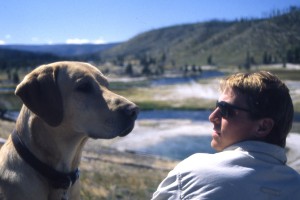 I penned this piece for the Upfront Notes section of Fly Rod & Reel and thought I would share it with you here, hoping to open this up for tactful discussion. Give it a read and let me know where you stand on the debate. GT

Upfront Notes—I like catching large fish as much as the next guy, maybe more, the bigger the better. I have not entered that zen realm where any trout is as good as the next as long as it’s taken from a beautiful stream, on a dry fly if at all possible.

I’m still in that quality over quantity game, apt to huck nasty crustacean and four-inch long minnow imitations, trying my best to put a 10-pound or better whatever on the beach. Brown. Rainbow. Cutthroat. River, lake or stream. Spring, summer, fall or winter. None of that matters to me. I just target fish that make me second-guess my tippet diameter and backing supply.

That same zeal makes Yellowstone National Park’s native fish issue so contentious—on one side are anglers and biologists who believe certain places in the park ought to be managed for the perpetual existence of native trout and grayling. On the other fence is a contingency from the Jackson, Wyoming based Wild Trout Conservation Coalition that believes non-native trout deserve equal status and that turf wars between those natives and ex-pats ought to be fought in the water and in the media, and because trout don’t write or interview well, WTCC decided it would speak for the fish. 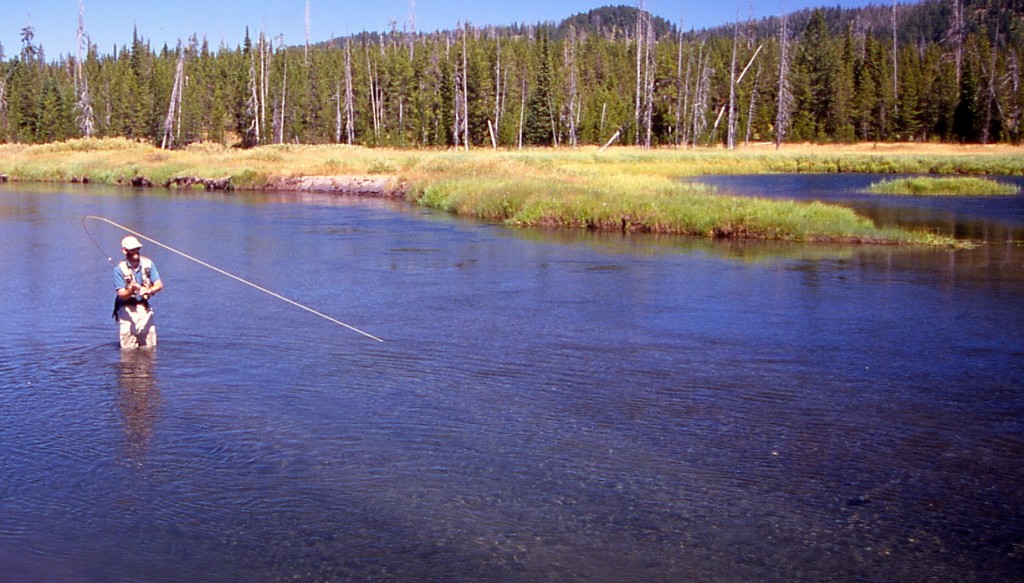 Big rainbow on the line and on this particular stream the rainbows won’t go away. In fact, in many established rainbow streams management will continue on it’s current path.

Many of the WTCC board members are people I respect and would also call friends. Some of them really like fishing for lake trout, in Jackson Lake and farther north in Heart, Yellowstone and Lewis lakes. Lake trout can grow to 30 pounds in these lakes and put a serious bend in a fly rod.

The problem is this: lake trout are non-native and they can compete with native trout for habitat and food sources. In addition, they are dominant predators and eat native fish. For that reason, and because park biologists operate under a mandate to protect and preserve native species, a lake trout eradication program is in full swing on Yellowstone Lake—has been since the 1990s.

Lake trout aren’t the only issue—park biologists are trying to wipe out non-native rainbow trout from the park’s northeast corner on such waters as the Lamar River and Slough Creek, where catch and kill mandates are in place. In the mindset of fly-fishers, these are two of the most heralded waters on the planet. How they became so is no secret—anglers loved fishing these beautiful waters for native cutthroat that rose eagerly to the fly. Today, some technical anglers, including members of WTCC, favor rainbows over those native cutthroat because, I believe, those ‘bows are more difficult to catch, are more apt to jump when hooked, and they grow to larger sizes. Park biologists are doing what they can to keep the rainbows from outcompeting cutthroats, just as state fisheries biologists are doing on many regional waters outside the park, including the South Fork Snake River in Idaho, and Cherry Creek in Montana.

I can see where the rainbow enthusiasts mindset comes from. Believe me, I’ve never seen a difficult, even maddening, rainbow trout that I disliked. I love the witty warfare those fish provide, and the subsequent solving of the riddle that’s so rewarding.

But here’s my deal. There are plenty of rainbow trout and lake trout finning in their historical waters, and even more of them living unmolested in non-native waters. Anglers share opportunities to fish those species, especially rainbows, across North America. In the West, the Pacific Northwest, and throughout Canada, lake trout thrive.

Cutthroat trout and grayling, in comparison, are species fighting for their very existence. So, why not protect these natives in their last bastion, Yellowstone? Why not take preventative measures to keep those non-natives in check? Why wouldn’t we choose the best dry-fly trout on earth, living in the ecosystem where it is specifically designed to be, over these non-natives that are so ubiquitous elsewhere? Why shouldn’t park biologists do the job they are required to do?

I think it’s prudent to monitor federal funding and the subsequent expenditures of that money, but could the answer to all be as superfluous as a small, but noisy number of anglers just wanting that bigger bend in their fly rods?

In taking liberty to speak for those cutthroats and grayling, I say those fish belong where they are. That is not something I can say for the park’s rainbow and lake trout, no matter how much I, too, like to see that fly rod bending big.

7 Responses to Natives in Yellowstone