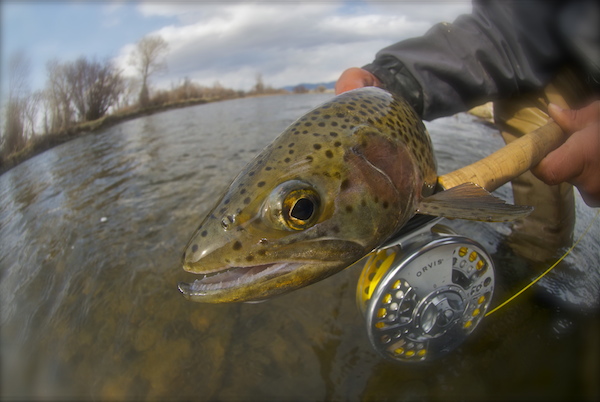 Idaho’s South Fork Snake is one of my favorite rivers, a place where you can hammer up to 50 native cutthroats a day when the fishing is good, and it’s also a place where you have a legitimate shot at catching a brown trout that stretches well past 24 inches, a fish that might weigh eight pounds or more. This is a river where dry fly aficionados and streamer addicts both get their due. But something happened between a trout population census taken in 2013 and one that was just completed—a lot of trout disappeared. That’s not good and the Idaho Department of Fish and Game doesn’t really have an explanation on why this happened. I’ll stay on this story, but you might want to read a little more here, words from the Idaho Statesman. The good news in all of this, and a message to take away from this read is that trout numbers were at an all-time high. So this decline puts the population back in the historical average range. No need, repeat no need, to cancel your trips to the Snake this year. You may not see as many trout as you did in the past few years, but there are still plenty of them out there.

Trout numbers in the South Fork of the Snake River are down, a puzzling development for Idaho Department of Fish and Game biologists.

“This year’s data is kind of an outlier, and it has us scratching our heads a bit,” said Brett High, the department’s point person on the South Fork. “We are trying to figure it out.”

The famed Eastern Idaho river attracts fly anglers from throughout the U.S. and is one of the most heavily guided trout streams in Idaho.

In both cases, the trout population dropped from near record highs to closer to the long-term average for both locations.

“We shouldn’t paint the picture the sky is falling,” High said. “Populations ebb and flow, and we are in one of the downturns. Still, it is a bit puzzling.”

Fish and Game has collected population data at Conant since 1982 and at Lorenzo since 1987.

Traditionally, trout populations rise when there are good flows in the tributaries during the summer and in the main river during the winter.

Conversely, populations in the South Fork dip when tributaries are low in the summer and the main river is low in the winter.

“Last year, we had relative good tributary flows in the summer and we had decent winter flows,” he said.

So what is happening?