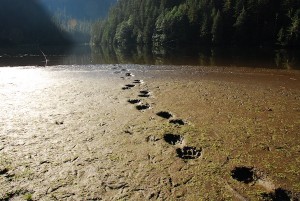 I’m not a guy who likes to focus on doom and gloom, except when I haven’t had a hit from a steelhead in a week and I’m standing in a river in the rain for what seems like no reason, but I had to share this with you. This little trailer, sponsored by Trout Unlimted and Patagonia, and sent to me from Mark Hieronymus, who’s the sportfish outreach coordinator for TU’s Alaska program, is worth seeing. This is especially true after what happened in British Columbia last August when a dam holding back mine tailings and toxic water—a dam that was supposed to set the standard for “new”mining— failed after just 20 years and sent half of the earth, it seemed, downstream to Quesnel Lake. Now there are a bunch of mines being proposed on the transboundary line between British Columbia and 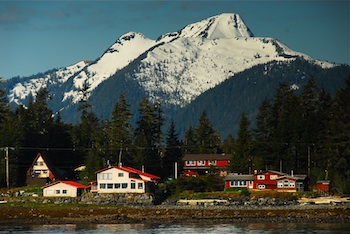 Southeast economy would be severely damaged if a mine in British Columbia ever sent its toxic waste across the border into Alaska.

Alaska, making all of Southeast Alaska, one of the most amazing places on the planet, at grave risk. Southeast’s major rivers, the Taku and Stikine aren’t being spared—mines being approved and built in British Columbia could absolutely demolish those watersheds, including fish runs. Time to get up to speed on this one. Southeast doesn’t have the sockeye run that Bristol Bay has, but its salmon runs pump billions into local economies. Check it out and let me know what you think. Also, tell me if there’s anything you plan on doing about it.

Xboundary from Salmon Beyond Borders on Vimeo.