Bundy’s Occupation of Malheur Wildlife Refuge Is A Sham 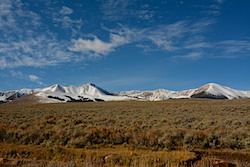 There are two pieces on the occupation of the Malheur Wildlife Refuge worth reading here, one being a great opinion piece from the New Yorker, and the other an opinion I wrote for Fly Rod & Reel back in September, shortly after having attended The Theodore Roosevelt Conservation Partnership’s media summit in Bozeman, Mont. I walked away from that gathering with a clear understanding that federal lands do not belong to states (or ranchers). They belong to us. And these tracts of federal land are critical to the future of hunting and fishing, in fact all outdoor recreation, in the future. You need to know this.

I was going to post this yesterday and wish I had, but the info here, especially the New Yorker article, is well worth reading even through the occupiers were arrested last night in Oregon. The problem, however, does not go away. There will be more acts like this and a continued push to take over federal lands. This is a battle we need to be prepared to fight for long time. And we’ll do it for ourselves and our kids, who I can only hope will have the same great outdoor opportunities that all of us have enjoyed.

In July, I drove over the Continental Divide and joined other journalists and outdoor industry leaders in Bozeman, Mont., at the Theodore Roosevelt Conservation Partnership’s 2015 Western Media Summit.

I’d been invited to past summits and wasn’t able to make the commitment, partly because of job duties, partly because of parenting duties, and partly because I’ve felt like I’ve done enough for conservation just by sending in my subscription money to hard working and influential groups, such as the Rocky Mountain Elk Foundation and Trout Unlimited. And each time one of their publications shows up in the mail, I am reminded of what a great conservationist I’ve become, even though I usually skip the heavy-hitting material and simply read people’s stories about fishing and hunting.

In many ways this kind of support makes sense. Keeping abreast of conservation issues can be overwhelming and at times depressing. Why not support from arm’s length and allow the experts, people who make conservation their lives, to do the heavy lifting?

I was content in that tact until I drove to Bozeman and learned how little I really know about conservation in the United States and what is truly at stake if myself and the rest of you don’t become more active and vocal proponents on a variety of issues, chief being the protection of public access and the preservation of our public lands.

I have known the importance of public lands and public access for a long time, first because I grew up hunting mule deer in Washington’s Cascade’s Mountains on National Forest Service land and, second, because I spent plenty of time hiking along the banks of the Evergreen State’s steelhead rivers, the right to do so assured by an all-important stream access law.

That particular law also came into play when I moved to Montana where, as long as you stay below the high water mark, you can walk and wade up or down a river as far as you like. I’d considered moving to Wyoming or Colorado where I had excellent job prospects, but those states lack stream access laws—in many places you can’t even drop an anchor on the bottom of a river without being guilty of trespass.

Right now, the biggest threat to anglers and hunters, especially in the West, is a proposed land grab that would allow states to mange our public lands, i.e., sell them to the highest bidders. The states wrongly claim that these lands belong to them and were somehow wrestled away when each earned statehood; if you look at the fine print, the states were given millions of acres of land that they could manage or sell for profit, but by accepting that deal the states forfeited any stake in additional federal lands. Today, those federal lands, which belong to you and I, represent our tickets to the outdoors and fuel the thriving $646-billon outdoor recreation economy.

This current land grab notion, as preposterous as it sounds, is no idle threat. In the 2015 Western state legislative session, 37 bills were introduced in 11 states promoting the transfer of public lands to individual states. And in Congress, earlier this year, senators passed a non-binding budget resolution that encourages lawmakers to “sell or transfer to, or exchange with, a state or local government any federal land that is not within the boundaries of a national park, national preserve, or national monument . . .”

I don’t know where you fish, but I don’t see many of my favorite Montana rivers, which include the Blackfoot, Bitterroot, Big Hole, Missouri and Clark Fork, flowing through a park, preserve or monument. And if the public lands along their banks are ever sold, the stream access law that’s played such an important role in my enjoyment of the outdoors will be rendered moot. Without public lands along their banks, we won’t even be able to reach our favorite streams.

After attending the TRCP Media Summit I, for one, have a new view on our individual roles in conservation. I don’t think arms-length will work. I think we need to be actively involved, and I plan to be actively involved, for several reasons—I want my kids to enjoy hunting and fishing as I have, I want iconic western landscapes to prevail, and I don’t want to be part of a generation that squandered the best collection of public fishing and hunting grounds in the world. —Greg Thomas 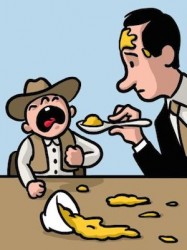 FROM THE NEW YORKER Ammon Bundy, the leader of the armed militia that stormed the Malheur National Wildlife Refuge, in Oregon, has a simple solution for fixing the economy of the West: get the federal government out of the way. His group’s chief demand is that the federal government hand over all of Malheur to local control. The ultimate goal, he says, is “to get the logger back to logging, to get the rancher back to ranching, to get the miner back Read More at The New Yorker