How To Get Through Winter: A Fly Fisher’s Guide to Big Dreams 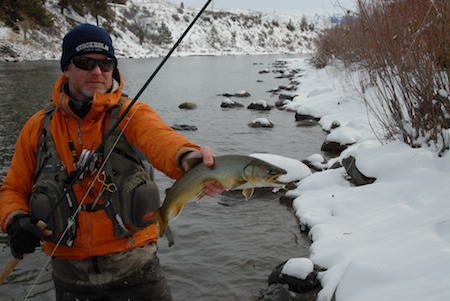 It actually rained in Missoula, Mont., yesterday and it’s expected to again today. That makes the existing snow on the ground patchy at best. Roads are a mess of slush. Potholes go six inches deep. Piles of snow near the sidewalks are cruddy with dirt and salt. Roadkill, including feral cats, are now being revealed by the retreating piles. In other words, it’s ugly out there. Mid winter for sure.

Seeing all of that can get a person down. So I thought I would provide a little mid-winter inspiration, a little tease of the future if you can hold on just a little longer.

Think about these things: 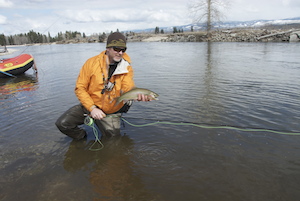 Skwala stoneflies in western Montana: These bugs may show up as early as late February during warm winters and they will definitely be about sometime in March. Their presence lasts into May, even on some streams in southwest Montana. 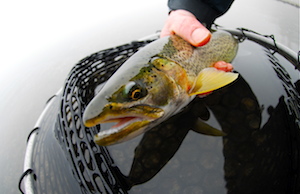 Puget Sound sea-run cutthroat: Take a quick trip to Seattle and you can fish for these dudes right now. Work the tides on points with smallish baitfish imitations. Most of the fish run eight to 12 inches, but some 16 to 20-inchers exist. 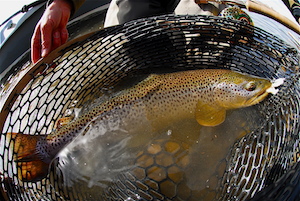 Streamers in southwest Montana: Big browns and rainbows in March, April and early May. Do you know how quickly this is coming up. January is pretty much over. February has just 28 days. Better start tying your tandem streamers now. Fish like the one in the picture can be found on the Big Hole, Beaverhead, Jefferson and Ruby. Ok, you’ll get them on the Madison and Yellowstone, too. 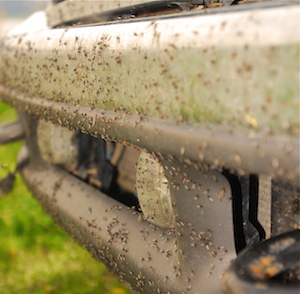 Lakes o’ Fire: The fishing can be hot on western lakes during March, April and May. Chironomids come off in droves and scuds and sow bugs are always a hit. When the ice comes off, Hebgen, Quake, Ennis and Harrison lakes are good. Ruby Reservoir is tops, too. And Clark Canyon Reservoir is always a blast. Killer camping there, too. You’ll find equally great opportunities in Oregon, Idaho and Washington. 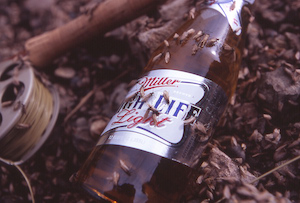 Early Caddis: This is a breath through your nose event on many western streams, and that is the case on Montana’s Yellowstone and upper Clark Fork rivers for sure. These bugs come off around Mother’s Day and it’s almost as interesting to just watch this mass of bugs as it is to cast flies to match them. If you like picking out large fish in pods, this is your game. I’ve taken some big browns on the Yellowstone over the years and will probably be back there again, this year, trying to repeat the sequence. 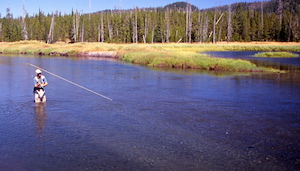 YNP: You could fish Yellowstone all summer and not get bored. And you could probably  throw dry flies every day. My favorite park waters require a hike to reach and angler who are willing to put on a day pack and strap those hiking boots to your feet find some unbelievable fishing . . . minus the crowds you see on the Yellowstone, Madison, Gibbon and Firehole rivers. Think backcountry and you will see some amazing things. Carry that bear spray! 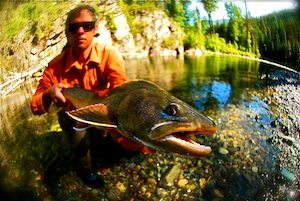 Bull Trout: These fish used to be scorned but now they are held in high regard. And that’s my opinion of them, too—they swim in beautiful country, they have interesting coloration and they grow big. I’ve caught them up to 14 pounds and landed as many as a dozen or more in a day. But usually, it’s a game of trying to catch one or two and being happy with either result. Montana has a couple places where you can legally fish for bulls (South Fork Flathead being one) and Idaho has plenty of opportunities. Oregon has these fish in good numbers, especially on the Metolius. And Washington has some, too.  If you really have bull trout on the brain you’ll head for British Columbia. You can find these fish during winter, but July shines. 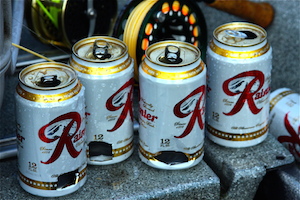 Vitamin R: Let’s say you can’t get on the water anytime soon, and one of those cats peaking out from the snowbank was your pet. Here’s a recipe for success: Take a can of Rainier, grab a knife or screwdriver, cut a hole near the base of the can, place opening to mouth, and crack the tab. Beer should fire down your throat as if shot from a high-pressure faucet. Repeat. Soon, the winter blues should fade away.

3 Responses to How To Get Through Winter: A Fly Fisher’s Guide to Big Dreams