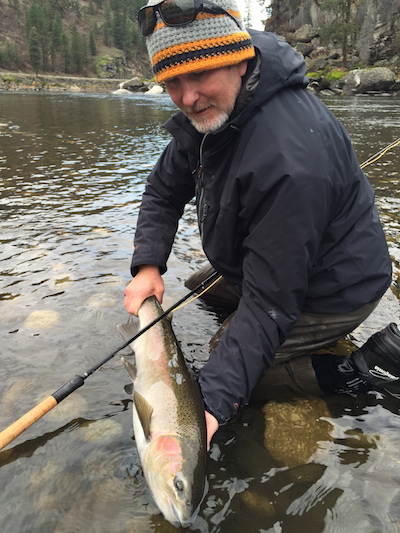 Whenever I travel to fish for salmon or steelhead, I like to take two sticks, one usually being some high-end rod that would make me cringe if I broke it, the other a less expensive model that’s perfectly capable of holding its own on the water.

That combination used to be Sage’s Deathstar and Redington’s Dually. These days it might be Sage’s Method or Thomas and Thomas’ DNA, or a lighter Helios2 switch, or even the buttery Echo glass that hides all of our casting weaknesses and is a blast to throw. And the second rod? Right now, I’m not going anywhere without packing along Redington’s Chromer.

I sent that stick with an acquaintance to Idaho’s Clearwater last October and it was returned with two notches in the handle and a report: “This thing launches!” 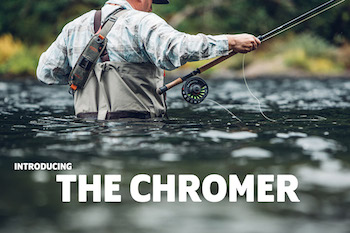 Fair enough, but I had to know for myself. So I headed to the Clearwater on my own in November, Chromer in tow. As described by Redington, this is a fast-action rod that can throw a lot of line. That’s my opinion, too. It’s not as forgiving as the Echo glass or the Dually, but when you load up the 7126 with a 525 Skagit Flight head it really launches. Ditto when you put a 480 grain Scandi on it.

Some people say they don’t like the looks of this rod, but I love the ink black blank and the black, synthetic rubber sections at the butt of the rod and the head of the cork handle. These give beginning spey anglers a reference of where to place their hands for each cast. I also love the steelhead silvery CHROMER logo that’s placed on the rod. Super high-end? No. Affordable? Yes. A great steelhead rod? I think so. But I’m biassed—on my first day on the water with this rod I was able to reach most of the water I wanted to, and I got three grabs. Ended up one for three, but I’ll take that on the Clearwater and any other river, any day of the year.

If you are into steelhead but don’t want to break the bank for gear, this is the ideal selection—the Chromer gets you into the game nicely and all for less than $400. It’s available in switch and spey models and it’s a rod you can hammer on—take it through the old growth forests, slide down the high, dirt banks. If it breaks you’re not out a thousand bucks. Would it be painful to break it? For sure, especially with the nice history and karma I already have on this rod. But I’d rather replace the Chromer than a hi-end rod and this way, I can fish steelhead the way I like to, aggressively, and I  may still be able to afford college for my girls. More info at Redington. — Greg Thomas 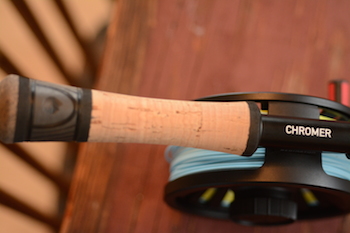 This entry was posted in Idaho, Spey and tagged affordable Spey rods, best steelhead spey rods, How to catch Idaho steelhead, How to fish steelhead, Redingoton Chromer. Bookmark the permalink.