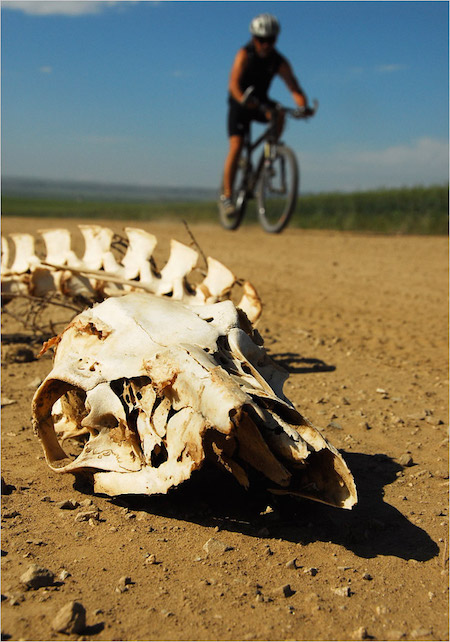 I like mountain biking almost as much as I enjoy hunting and fishing. And there are times when I really wish I had a mountain bike when I’m doing exactly that in designated wilderness, or when I’m other places where bikes are banned, such as the backcountry of Yellowstone National Park. But there’s something to be said about hiking a trail where you aren’t worried about what’s coming around the corner at Mach III. That’s why I’m not too surprised or upset that today Backcountry Hunters and Anglers, located in Missoula, Montana, has come out against a bill that would allow bikes into designated wilderness areas. If the bill were to win, a lot of wild game habitat would become more accessible to people and that is not good for animals. So, I’m with Backcountry on this one even though there will be days when I say, “Wish I had a bike with me.” Here’s a release straight from Backcountry. Jon the conversation and let me know what your opinion is on this.

MISSOULA, Mont. – As hunters head into America’s wilderness in search of game and lawmakers struggle through the final weeks of the 114th Congress, Backcountry Hunters & Anglers is criticizing a Senate bill that would open federally designated wilderness areas to mountain biking.

S.B. 3205, the Human-Powered Travel in Wilderness Areas Act, would open the door to bicycles in all wilderness areas in the United States. Under the 1964 Wilderness Act, bikes and other forms of “mechanical transport” are explicitly banned in wilderness areas, which are set aside to preserve their pristine waters, fish and wildlife habitat and opportunities for solitude. Today, hunters on foot and with traditional pack stock treasure wilderness areas for those same values.

“From Alaska to Florida, wilderness areas provide hunters and anglers with unmatched backcountry adventures that are part of the fabric of the American experience,” said Tawney. “Wilderness areas encompass some of our rarest, most precious lands and waters, and their existence prevents the fragmentation of invaluable fish and wildlife habitat. While mountain bikes are enjoyed in appropriate places by many BHA members, they have no place in our wilderness.”

Sponsored by Sens. Orrin Hatch and Mike Lee of Utah, S.B. 3205 is eliciting a negative response from sportsmen, even those who generally enjoy and support mountain biking.

“Mountain biking is an increasingly popular form of quiet and healthy recreation – one that has a place on public lands,” said Jay Banta, a BHA board member from Grover, Utah. “But wilderness designations work well as currently stipulated in the Wilderness Act. BHA is committed to defending traditional use of wilderness areas, in Utah and across the country.”

“I’m a passionate hunter and mountain biker, and I believe the mountain biking community deserves to have their voice heard in helping determine future wilderness area proposals,” said Josh Kuntz, a BHA member from Boise, Idaho. “However, this particular bill would deliver far too many very bad consequences.”

“Given that designated wilderness areas in the Lower 48 encompass less than 3 percent of our land mass, an abundance of places are available for mountain bikes outside of formal wilderness,” said BHA member David Lien of Colorado. “BHA supports wilderness management that minimizes the impacts of mountain biking and other growing recreational demands. Opening our wilderness areas to bikes would disrespect the very tradition of wilderness.”

“I love my mountain bike,” concluded Ben Long, a member of BHA’s national board from Kalispell, Montana. “I love the Bob Marshall, Cabinet Mountains and Mission Mountains wilderness areas, too. Bikes and wilderness don’t really go together, however. Luckily we have plenty of public lands that are open to mountain bikes, giving all us of places to experience and enjoy the outdoors.”

Backcountry Hunters & Anglers is the sportsmen’s voice
for our wild public lands, waters and wildlife.

This entry was posted in Conservation, Northern Rockies, Uncategorized and tagged Mountain biking in wilderness. Bookmark the permalink.