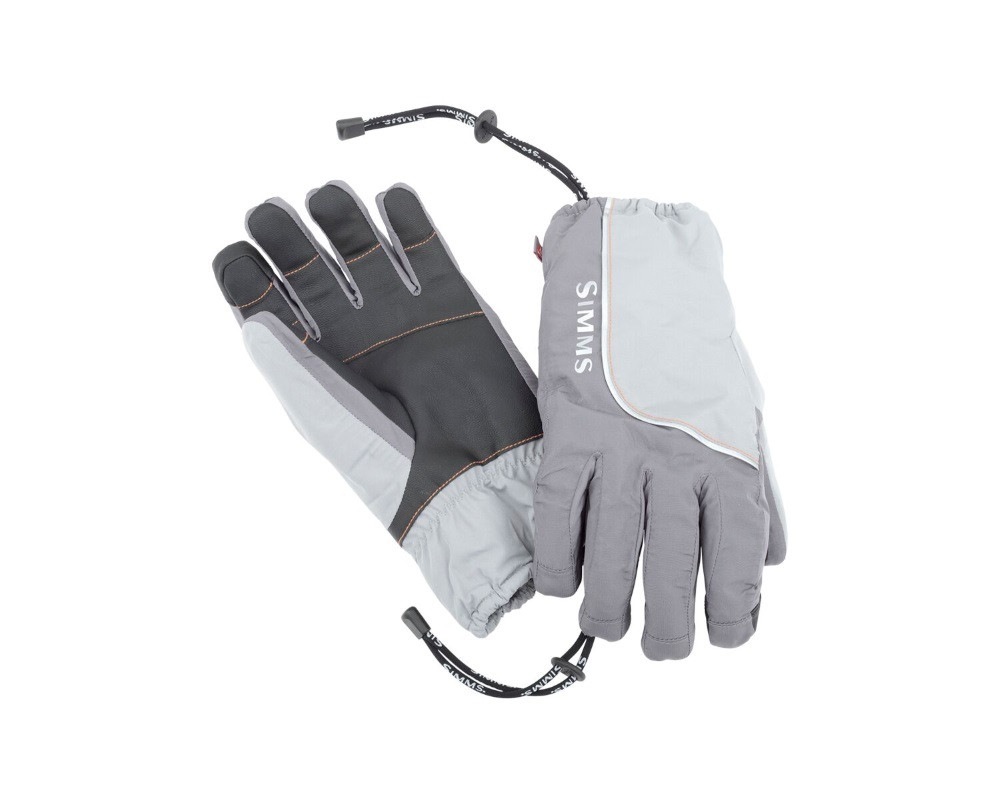 I could not pay 80 bucks for a pair of these gloves. These things could come with all the sophistication of Ironman’s right hand and I still couldn’t pay 80 bucks for them. Single father with two mouths to feed, exorbitant AAU basketball dues to pay, and college resting dead ahead. Thanks for your condolences.

But . . . if I were an Alaskan fishing guide, or any other angler/guide who spent a lot of time on the water during late winter, early spring and fall, I’d pay 80 bucks for Simms’ new Outdry Insulated Gloves in a heartbeat—these things were made for gripping oars and running a tiller.

I wish these Outdry gloves were available when I was in my 20s, when I ran around southeast Alaska in an open skiff. Instead, I wore uninsulated rubber gloves, with rubber bands around the wrists, and my hands lived in misery.

Last summer, however, at the ICAST trade show in Orlando, Florida, I sat down with John Frazier, Simms’ PR manager, who showed me these gloves, along with a number of other new releases from the company. I said, “Send me those,” and he did, so the pair of Outdry gloves that I’ve worn all fall and the extent of this winter, were comped. Make no mistake, I did not pay for these. But I accepted them, because I’m a glutton, and so I could put them to the test and let you know if they are worth the price.

Here’s what I’ve learned. These gloves are comfortable. I requested a size Large pair and they fit my hands perfectly. I’ve worn ski gloves and mountain biking gloves that are stated as size Large but seemed a little small to me, meaning I would have been served best with an extra-large. The Outdry gloves seem to be sized correctly, leaving a little bit of space around my hands. 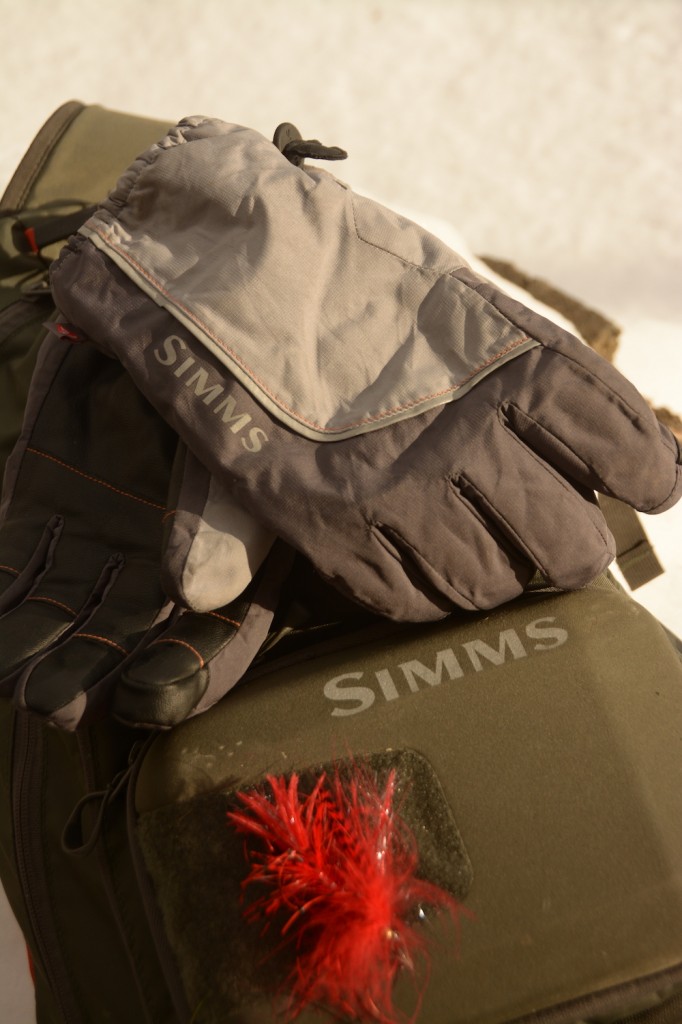 Major protection for your hands.

These gloves are not bulky and they offer outstanding dexterity. They arrive with a pre-curved fit, meaning the fingers are slightly curved, which offers a nice feel. While wearing them I could easily grasp an oar handle and feel it in the palm of my hand; ditto for an outboard motor tiller.

The thin lining in these gloves keeps my hands pretty warm and I tested this during a recent cold snap in Montana, when temps in and around Missoula dipped to single digits. That’s when I grabbed the kids and their sleds and spent a couple hours, on a couple occasions, careening downhill. In the end my hands were a little cold, but not near “frozen” and they remained dry. That’s because the Outdry gloves are made with a 100 percent waterproof laminated membrane. Inside they offer PrimaLoft insulation in specific areas (you can add a heat pack to the gloves, via a heat pocket near the wrist for added warmth, although I never did).

I also used these gloves, almost exclusively, during the fall hunting season. I hunted pheasants, whitetail deer, and elk while wearing the Outdry’s and rarely felt a chill. However, during the early season, meaning September and October, my hands did sweat a little.

While I love these gloves and see them handling about 90 percent of my glove duties, you can’t wear these while you fly fish, unless you’re trolling from a tube or a boat. You’ll need lightweight fingerless gloves for that duty. However, I could practically tie my shoelaces with these and I would have them on the water, stashed in a pack or in my boat all the time. They would even come in handy on those early summer mornings while standing around a campfire, or on those summer evenings when that pod of risers won’t quit until after sundown and you row out in the dark.

Another bonus with these gloves—they come with a drawcord that allows you to quickly remove a glove without having to find a place to set it down. It can hang from your wrist while tying on a client’s fly or snatching a libation from the cooler. When operating an open skiff this means you won’t set the glove down, forget about it, take the boat back to plane, and see the glove flying out the stern to turn in the prop-wash.

So, worth the money? I’d say yes, especially if you spend your professional hours on the water.

Note: These Outdry gloves also come in an uninsulated version that offers even more dexterity. Check them out at Simms; real price $79.95 —Greg Thomas

This entry was posted in Gear and tagged Outdry Gloves, Simms Fly Fishing. Bookmark the permalink.