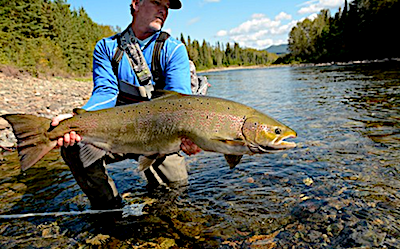 I am trying to make my life a little easier these days and part of that equation is handing off some of my gear so that I can make room to try some new items. Over the years I’ve accumulated a nice quiver of fly rods, but some now have to go. If you are interested in any of these rods, all of which are in great condition, for yourself, or if you want to buy for a young fly-fisher getting in the game, please e-mail me direct at greg_thomas@charter.net. Easy to ship to locations in the Lower 48 and AK.

Here’s the rundown, with images and notes.

Got this rod right when it came out and took it to Alaska to fish kings with, but mostly stuck with a big two-hand stick instead. Where this rod got its best workout was in the Yukon on northern pike, where I launched some big, meaty flies for notherns that ranged to 42 inches. I also took this stick to Quebec and fished it for Atlantic salmon. I landed one fish on this rod while swinging a fly off a sink-tip, but mostly I used it to float dries for Atlantics. I raised three fish with it, landed one and have had it cased ever since. Why? I don’t know. It’s a great stick. Maybe I’ve kept it in the case because I switched from single-hand rods to two hand rods when chasing salmon and steelhead, and I haven’t gone after northern pike in years. Maybe you could put it to work. Great condition. Killer stick for pike, muskie, salmon and steelhead. Close to new condition. $500

This is a fun rod. I’ve fished it for steelhead on the Clearwater with shooting heads and sink tips and I’ve fished in the Missoula area, especially on the Blackfoot River, to swing flies for cutthroats, browns and the occasional bull trout. It’s been very effective and, as said, it’s lots of fun. This is, in fact, the easiest switch/spey rod I’ve ever thrown. You just take your time, let it load, and it snaps the fly across the river. This rod loads deep and is slower than the super fast action rods available on the market, but it’s faster than you think it might be. If you are getting into spey, or you know someone who wants to take up spey, this would be a great rod. Near new condition. Generation 1. $225 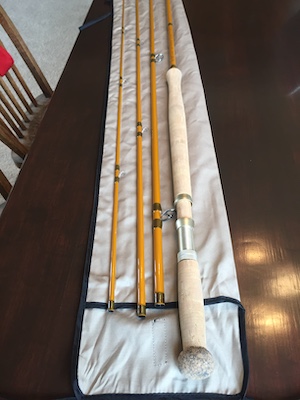 This is a unique rod with a nice medium action that makes casting easier than it would be with, say a Helios switch, or a Method spey. Not that those rods aren’t hucksters—it’s just that you’ve got to get a perfect line match, and practice. The Opti makes things easier. It’s a bit more forgiving. You may not cast as far with rod as you would with the big guns, but as a friend/guide of mine said about salmon and steeelhead, you don’t need to cast all the way across the river. You just need to fish the water well that you can reach. I’ve taken this rod to Alaska and to British Columbia’s Great Bear rainforest, where I chased steelhead, cohos, sea-run cutthroat and dollies. Trout, salmon and steelhead are perfect for this rod. Stripers from the beach, at night? Yep. Good trout spey rod, too. Swing for those Missouri ‘bows or head farther down, below Fort Peck and see what you can find. $200 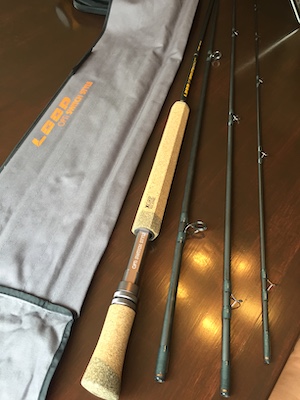 This entry was posted in Culture, Gear. Bookmark the permalink.