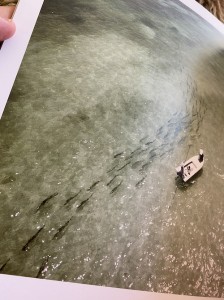 Don’t wait for that invincibility to wear off. Don’t wait for your health to go. Don’t think for a second that everything is going to be all right. At times it won’t be alright. You know now, more than ever, circumstances shift on a dime, and sometimes not in our best interests.

So, if you’re in your teens or twenties, and you’ve got that health, and you love fly fishing more than anything else, brush away those annoying possessions, say your goodbyes, and wipe the slate clean. Then pack up a couple bags, bid adios to your “safe place” (no matter where that might be), and head to tropical waters, or muddy rivers, or brackish lagoons . . . just head anywhere tarpon are found. Sleep in your car if you have to. Pitch a tent in the sand or mud. Eat beans and rice until you’ve got a better routine. Just get there, somehow, and find out what fly fishing can be. 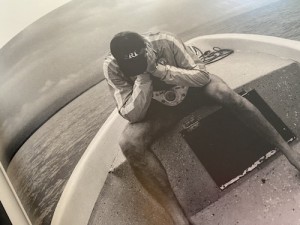 Yup. Know the feeling all too well. You work hard for tarpon. Losing them aint easy.

You won’t be the first to do it. Countless other beat you to the punch. But don’t worry about that. This isn’t Hillary climbing Everest. Or Jim Ryun’s race to the first sub-four-minute high-school mile. This is not that. It’s not about being first. Your tarpon experience will be different from any others and you’ll own it—good, bad or indifferent.

I never wanted the tarpon experience . . . until I finally fished for tarpon. I thought trout were enough, and that I’d be fine fishing the Rockies forever. But one day my father’s publisher bought us roundtrip tickets to Marathon, Florida. A few days later, as we were motoring out of a cut and into the Atlantic, I cast a Cockroach at three fish, hooked up on one, and a few minutes later had my first Florida Keys taroon at the side of the boat. Two weeks later, when we were boarding the flight home, I was pencilling out costs for a flats skiff and fuel, and a slew of 11-weights. I was already tan, I had a no fear attitude and, amazingly, for the first time in my life, I knew I could live outside the mountains. I was as surprised as anyone when I said I would be living and guiding in the Keys the following year. 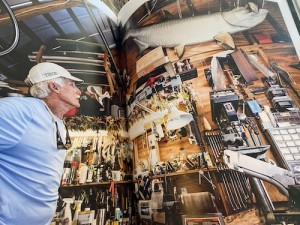 Tarpon ADD. It’s easy to contract. Not so easy to get rid of.

And that’s what I did. I headed back to the Florida Keys, was staying on a cut in Marathon, and everything was coming into place . . . until I felt a super sharp pain in my side. Went to the doctor on day three. Was told there was nothing wrong. Eight days later I was being rushed into Fisherman’s Hospital to have a blown appendix removed, and to deal with acute peritonitis. They cut, carved, took out some intestine, washed me on the inside . . . . Basically, if we’d waited another few hours, I would have been dead.

I spent seven days recovering in Fisherman’s, lost 30 pounds in the ordeal, and flew back to Sun Valley, Idaho to reconsider. I never become a tarpon guide. For that matter, I never guided for trout either. Haven’t been back to the Keys for many years now, although each season I promise to do so. I have chased tarpon whenever and wherever I could—Florida, Belize, the Bahamas. And I still get the itch to just move to tarpon country and fish them every day of the year, but now that doesn’t seem like a reasonable goal. Basically, I missed my chance. 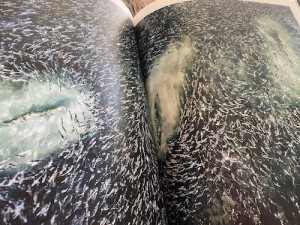 I’d be nervous if I was a baitfish. Super cool shot here, as are so many of the images in Yeti’s book, Tarpon.

You don’t have to. You can turn your life into tarpon right now. In fact, if you want to plant a seed, and get your mind going on tarpon, all you have to do is pick up Tarpon, which was published by Yeti in 2019. This is one of the best books every published about tarpon.

When I caught tarpon fever I read everything I could on the subject. Ninety Two In The Shade. Marquesa. A Passion for Tarpon. The Book of Tarpon. Read ‘em all. You can, too, but Yeti’s Tarpon book is enough—you can’t look at the images in this book and not come away with a strong sense of what it’s like to pursue this fish in all seasons, and all locales, in inclement weather and on perfectly windless days. You can see the scales shimmering in bright light, you can practically hear the gills rattle, you can nearly feel a skiff pounding on the waves. You can see the electricity moving in, telling you to head the hell out. You can sense the dejection when an angler loses a good fish. You can see the thrill on anglers’ faces when they get a tarpon to hand. You get a sense in these pages that, although trout and bonefish and permit and drum and mahi and carp and bass and bluegill are all just fine . . . you get a sense that all of those fishes are worth pursuing but not in the all-or-nothing way that tarpon require. Going after tarpon is big-game hunting and the stakes are high. Fishing trout after tarpon might seem passe. How couldn’t it feel that way? Don’t say you weren’t warned. 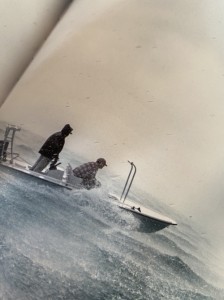 You can run canned images, meaning grip and grins, in any fishing book. It takes more effort to find images that place an angler in the scene, allow them to feel the power of the ocean and the fragility of life. Curator Dave Mangum took the time and made the right choices for this book of Tarpon.

To go along with an amazing array of images (and I don’t use amazing lightly here because I’ve, literally, viewed thousands of tarpon images while selecting content for magazines) are four great essays written by people who really know tarpon and what if feels like to pursue them. Tom McGuane is part of that mix. So, too, Dianna Rudolph, Randy Wayne White, and Charles Gaines. Excellent writers.

Read these essays, gawk endlessly at every feature of these photos, place yourself in those scenes, and buy a ticket to the promised land. Or drive. You might need a place to stay and nobody ever said sleeping in your vehicle wasn’t an acceptable tradeoff to get more hours on the water.

If you want to own this book—even if it were to sit on a table and you never picked up a tarpon rod in your life—you’d be happy. Consuming 130 pages worth of photos doesn’t get old. You can own Yeti’s book of  Tarpon for $99 and order it direct through Yeti or elsewhere. It’s a limited edition of 2,000 copies and each one should be considered a piece of art. Give thanks to tarpon guide David Mangum who curated materials for the book. In the world of tarpon, this book is a winner. —Greg Thomas