Chick drink? Kindof. But man they taste good. And Lebowski gave them cool-factor.

Who can even speak the words white Russian without visualizing a frustrated Jeff Bridges saying, “Dude!” in the phenomenal cult-classic movie, The Big Lebowski, (1998). I hadn’t even seen the movie when, in Alaska on a torturous fall steelhead trip, a friend of mine started ordering White Russians, also known as caucasians, at a steady clip. That evening ended when he threw a beer can at the barmaid and, in the process, fell off his barstool. I remember leaving that establishment at 6 a.m. The next afternoon, exhibiting a severe cold, he self-medicated with a steady parade of the “white death.” After a week of that debauchery we were flying from Anchorage to Seattle and through slits in his eyes and a tongue that barely minded, he articulated sincerely, “I hope the plane crashes.” 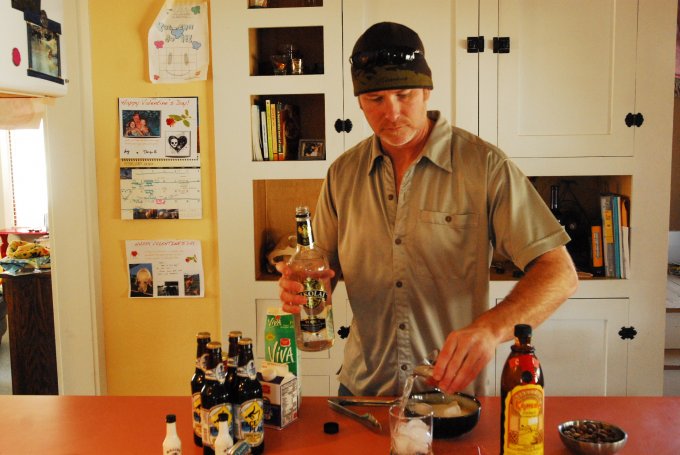 Start with the essentials.

That friend and Lebowski aren’t the only ones who favor White Russians—the critic and essayist Edmund Wilson, who penned the Lexicon of Prohibition and To the Finland Station, was a great proponent of the drink. He also was a mentor to such talent as Faulkner, Fitzgerald and Hemingway. Which means, he was a true drinker. His most famous quote, which I can relate to, is this: “I’m afraid that if I had a little more money, I’d decide to spend all the rest of my life drinking beer.”

While the White Russian isn’t about to take over in the angling popularity contest from whiskey or brew, it’s a pretty sweet little diversion on a Friday night in February.

Add some of the gravy.

Here’s your drink recipe and an invitation from Angler’s Tonic to rent The Big Lebowski and have a great weekend. 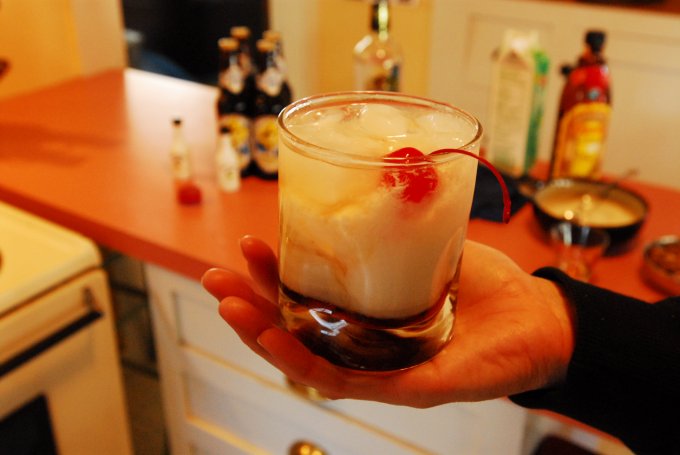 This entry was posted in Cocktails, Drink of the Week and tagged The Big Lebowski, white russian. Bookmark the permalink.