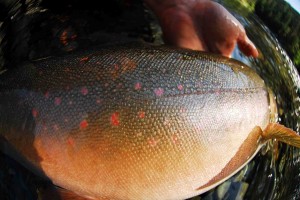 Subconsciously, I’ve worried about Montana’s and British Columbia’s Flathead River Basin for years. Every now and then I get something across my desk that says British Columbia will allow mining in the headwaters of the drainage, which is one of the last bastions for native bull trout and a wonderland for native west-slope cutthroat trout. The whole thing, if mining goes bad, which is often the case, could be blown to smithereens. Not a pretty picture in my  mind.

That’s because I’ve fished the river system, in Canada and in Montana, and it is an ethereal experience. It’s wild country, populated by black and grizzly bears, wolves and wolverines, and those native fish. You hike through old-growth forests and fish gin-clear streams, often by yourself, throwing dry flies to eager cutts that might be eaten by a bull trout if you hook them over a deep pool. Basically, the Flathead provides wonderful opportunity for anglers and wildlife lovers and a recent announcement means it should be preserved in perpetuity.

That’s because British Columbia and Montana came to terms on preserving the area and British Columbia signed approved a law protecting the area from development. In return, Montana agrees to the same. I’ve attached a couple pics of the area and the front portion of an article that rain in The Columbia Basin Bulletin. If you want to read the entire story, click below.

After 30 years of Montana resistance against mining and drilling in the Canadian Flathead, the British Columbia provincial government has formally and finally approved a law protecting the drainage from development.

The Flathead Watershed Area Conservation Act, signed into law Tuesday, prohibits mining and energy extraction activities on nearly 400,000 acres in the drainage with the northernmost headwaters that flow into Montana’s North Fork Flathead drainage and on to Flathead Lake.
It is the culmination of a historic agreement reached in 2010 by then-British Columbia Premier Gordon Campbell and Montana Gov. Brian Schweitzer. 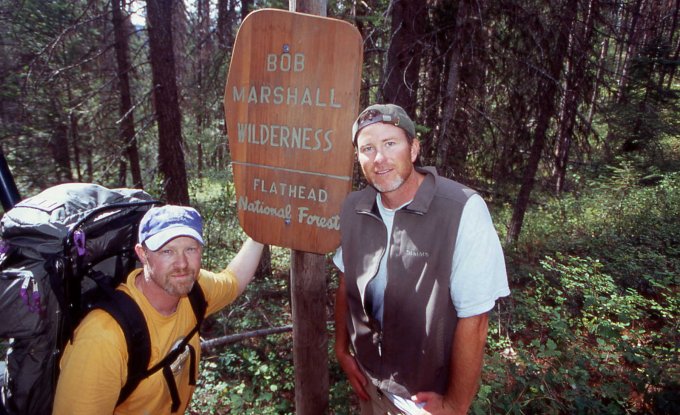 This is where it starts for a trip of a lifetime. The South Fork, the Middle Fork, the North Fork. Doesn't matter where you go to throw in this basin, you'll find willing fish and lots of wildness. 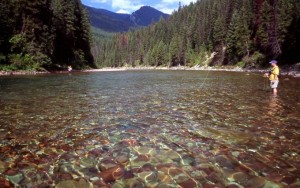 Casting over the gin clear. 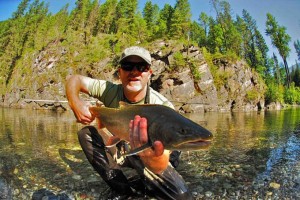 A solid bull from the Flathead Basin.

This entry was posted in British Columbia, Northern Rockies. Bookmark the permalink.