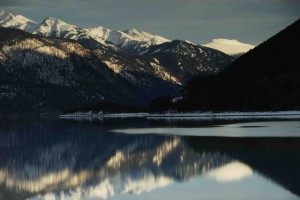 I’ve spent too much time in the field this fall and not enough on the water. Some of that is because I’ve been being a good father, some of it’s related to hosting friends and family, and some of it can be attributed to just taking advanatage of some great opportunity.

And another one of those opportunities just came up, when
a friend called from Canada and said, “Greg Thomas, do you want to hunt trophy mule deer in the Chilcotin Mountains the first week of December. It’s the most beautiful country you’ll ever see.” Um, ok?

So I fly to Kamloops on Friday, then drive three hours to a lodge in the Chilcotins where I’ll look for a Booner buck for a few days. I’m looking forward to seeing the country and checking out any nearby towns, but mostly I want to hike the ridges and look for the buck that all of us dream about. I’ve taken some nice mule deer over the years, but this is a chance to build on anything I’ve previously taken and either of the deer seen below would do just fine. Can I hold out? That will be a question.

If you want to see where I’m going check out BC Trophy Mountain Outfitters. It looks like it will be rough.

Also to note, Angler’s Tonic is in the throws of a major redesign and all of that should be completed shortly. When that is completed I’ll be able to easily post whenever I want, even from my iPhone. I’ll do a better job of keeping you guys entertained so stay with me and be ready for AT Version 2 to go live soon.

In the mean time, I’ll be posting from British Columbia, letting you know what I find up there.