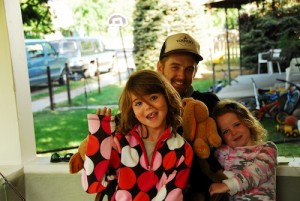 RC Cone is a photographer/videographer/shredder/and part-time angler who lives in Jackson, Wyoming. He took on a cool project last summer and included me in the shoot, where he interviewed various anglers on what being on the water meant to them, all under the unified heading of, Breathe. He put the whole thing together for $1,500.

I second-guess my contribution to the film, only because I don’t think I spoke as articulately as I could have, but that could have been due to the softening up Cone induced on my by the force-feeding of PBR’s. Ok, maybe that was my own choice. Anyway, the film is going on tour in Europe and will be shown in the U.S. next year or the following. Check out this clip. I’ll be the dude landing a cutthroat. It’s underwater, I’m above, of course. See more of Cones work at RC CONE.Com

What do you do when the current of work grows so strong you start to drown in it? You take off fishing the scenic waterways of Montana where trout, and the people catching them, teach you how to breathe again. Follow the journey of one man’s fishing adventure that takes him across the state of Montana in search of the next fish, fresh perspective and a more fulfilling life — after all, staying afloat in this contemporary world is a challenge.

How do you Breathe?

will be featured on the RISE Fly Fishing Film Tour.

This entry was posted in Industry, Northwest, Videos. Bookmark the permalink.