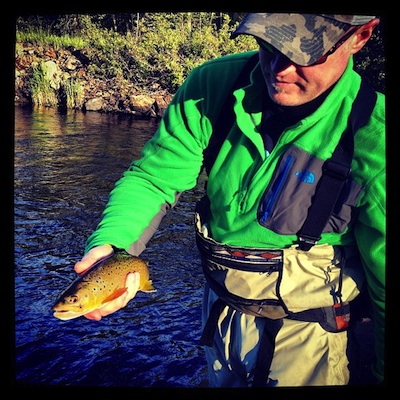 This is how it goes.

You get an e-mail from a friend in Butte. He says he’s off work at five and that the upper Clark Fork looks good. He caught a few fish on dries there the night prior, but nothing big.

You say, “No, just doesn’t resonate.” And you ask about the “big pond” and whether it’s windy.

So you google Montana stream flows and check out some small streams in the area. They’re dropping like a rock. Still plenty of flow but dropping and for sure running clear. You suggest one and your friend says, “Sounds intriguing. Let’s do it.” An hour later you have the rig loaded and you’re pointed east from Missoula, to fish a stream you’ve never thrown a line on before. Intrigue and potential galore.

That was the sequence yesterday, when at five I said, “I can’t sit in this chair anymore” and hit the road. I had a couple boxes of dries, a five-weight rod and a whole lot of questions that were about to get answered.

We met at six, sucked down a soda, and waded into a small stream. A few caddis were about but we didn’t pick up a fish in the first two, long runs. Weird we thought because the water looked perfect and the bugs were out.

The next stretch looked flat and lifeless but as we worked upstream we noticed rises and covered them, myself with a peacock Trude and my bud with a caddis emerger. By the time we reached the riffle at the head of the run, we may have landed six or eight fish between us. The next stretch proved equally productive, but the fish weren’t total pushovers. They weren’t big either, which indicated some pressure on this stream. By this time those fish were refusing the Trude, but they were starting to chow some pale evening duns and my friend was tangling with some fish on a caddis dry, but only when the drift was perfect, drag-free. I tied on a size 16 parachute Adams, soaked in Fly-Agra, and started covering rises. On perfect drifts, every fish ate. 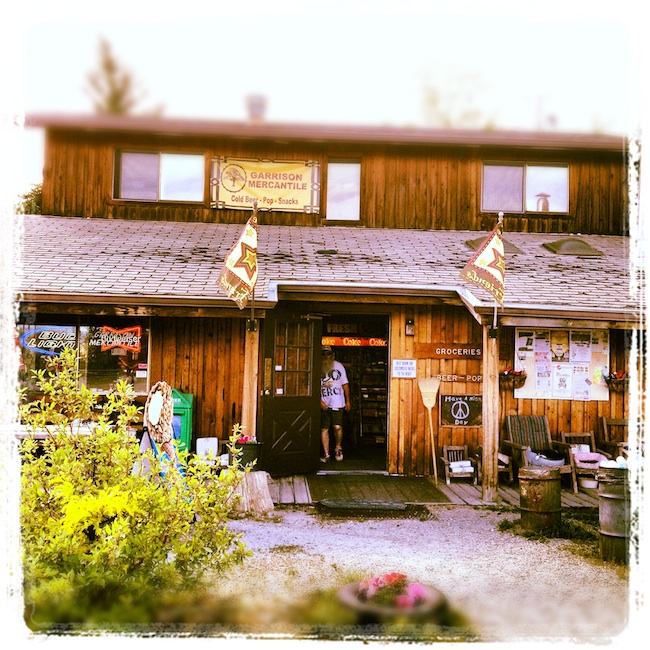 Beer run before fishing. You meet all sorts in Montana.

I could go on about this fishing, but the point is it was very good. I kept count for the hell of it and ended up landing 21 fish in about two hours, about a fish every six minutes. That isn’t a mark of skill because it’s likely that many of you would have found the same result. It is an indication of what the hundreds and hundreds of small streams in Montana and elsewhere in the West hold—eager fish that don’t see too much pressure and offer a great experience. 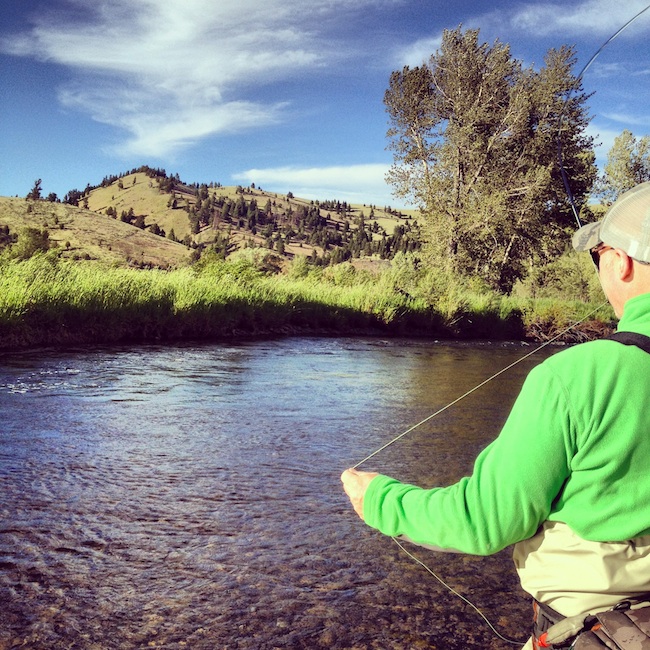 Beautiful scenery, no competition, and lots of fish to cast over.

We caught three fish yesterday that we would call good ones, 14 or 15 inches and fat, all browns. This wasn’t ripping streamers in the spring with chances to hook a five-pound pig, but I’ve spend lots of days on the big-name rivers where it was pretty difficult to find a single fish. So I took this experience in yesterday and treasured if for what it was—a lot of fun with no pressure. If you’re up for that, those streams and those fish are out there and right now is a great time to give them a go. Next time, I’ll have my dad or my daughters, or both, with me to share the fun.

This entry was posted in Backcountry, Montana, Northern Rockies and tagged Small streams. Bookmark the permalink.

One Response to Small Stream Fishing in Montana