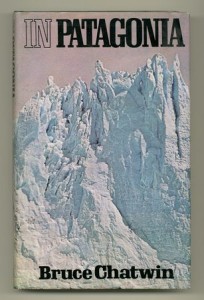 Being fly fishers, I always think that many of you are avid readers, too. The two passions seem to share a symbiotic relationship. Certainly, all of you read guidebooks, or at least you did at one time, until you became proficient enough to head out there on your own. You’ve probably read McGuane, maybe Chatham and Gierach, too.

But one thing puzzles me; since I founded this Web site a few years ago the book reviews I’ve written have hardly entertained response. Why? Am I wrong that fly fishers are natural readers? Are my reviews so boring that nobody cares to say a thing about them?

Who knows, is my answer.

Despite that response, I figured I would put together a super short summer reading list of classic outdoors titles, for all of us to consider when heading out this summer, whether traveling afar to a posh lodge, or backpacking into a remote lake, or somewhere in between those extremes. This isn’t a fly fishing book list. This is a book list. Feel free to point out titles that you like and that I’ve missed here, or to elaborate on any of the titles I’ve mentioned. Have fun with it. To me, these books are the types of reads that can keep you entertained in squalid airports, like the Bahamas domestic “lounge” or while waiting out two days of rain, kicked bak in your tent, at 10,000 feet in Wyoming’s Wind River Range while fly fishing for golden trout. Give them a try. Just good writing and reading here.

In Patagonia by Bruce Chatwin (1977)
From Outside Magazine
We know you’re thinking: Idiots, it’s fiction! But the claims that Chatwin lied to fashion the episodes and characters that make up this exquisite little book turn out to be greater exaggerations than Chatwin’s own. Sure, he got things out of order, mangled some Spanish, and dished up a few now-classic Chatwinian embellishments (Se-ora Eberhard’s run-of-the-mill steel chair becoming a Mies van der Rohe, for one). But In Patagonia is at heart a personal quest to find the origins of boyhood fascination, “a piece of brontosaurus” supposedly recovered from a thawed glacier in Punta Arenas by Chatwin’s seafaring cousin. At first Chatwin’s prose seems uniform like Hemingway, only boring. But his subtle sentences sneak up on you, and their economy allows him to surprise, leaving an indelible impression. Take Walter Rauff, exiled Nazi and inventor of the lethal Mobile Gas Truck: “There is a man in Punta Arenas, dreams pine forests, hums Lieder, wakes each morning and sees the black strait. He drives to a factory that smells of sea. All about him are scarlet crabs, crawling, then steaming. He hears the shells crack and the claws breaking, sees the sweet white flesh packed firm in metal cans….Does he remember that other smell, of burning?” Chatwin’s haunting images stay with you, reminding you that this is one messed-up, astonishing world.

Arabian Sands by Wilfred Thesiger (1959)
From National Geographic
THE LAST GREAT British explorer? Eric Newby, for one, might jokingly beg to differ, but that’s because Thesiger called him a pansy when they met in the Hindu Kush. Sir Wilfred, the now-92-year-old troubadour who explored Arabia’s Empty Quarter before the oil fields tamed Bedouin culture, valiantly resists the lame camel jokes made by so many of his contemporary countrymen and, in contrast to many of today’s travel diarists, rarely makes himself the subject of his own stories. Thesiger’s love of the desert is never easy, always hard-won. “I climbed a slope above our camp and bin Kabina joined me. I was hungry; I had only half my portion of the ash-encrusted bread the night before. The brackish water which I had drunk at sunset had done little to lessen my nagging thirst. Yet the sky seemed bluer than it had been for days. The sand was a glowing carpet set about my feet.” For us, the question was merely, Which Thesiger? Yes, Marsh Arabs may be, as some critics claim, the better book, but Arabian Sands is electric. And sure, we love those pithy quotes from T. E. Lawrence’s The Seven Pillars of Wisdom, but we’re in no mood for that bombast cover to cover. Stick with Thesiger: He’ll make you wish you were born 50 years earlier and could make the trips he did with him.

The Long Walk By Slavomir Rawicz (1956)
From National Geographic
The author, a Polish cavalry officer, and six other men escaped from a Siberian prison camp in 1941, walked across Mongolia and the Gobi, through Tibet and the Himalaya, enduring incredible hardship all the way. Four of them made it to India and safety. It is a 3,000-mile (4,830-kilometer) epic, truly grand.
Lyons Press, 1997.

Sailing Alone Around the World By Joshua Slocum (1900)
From National Geographic
At loose ends and in your 50s, what better way to pass the time than to sail alone around the world? The journey took three years and covered 46,000 miles (74,000 kilometer); Slocum was chased by pirates, survived major storms, suffered hallucinations. But he made it. He was the first to do it alone. Then he wrote this marvelous, salty book. In 1909, he put to sea again. This time, he disappeared.
National Geographic Books, 2004.
The Snow LeopardBy Peter Matthiessen (1978)
From National Geographic

He sees wolves, he sees the wild blue sheep of the Himalaya, but he never does see a snow leopard. Never mind, this is still Matthiessen’s best book, a moving spiritual quest and a mountain adventure that celebrates the beauty of this dramatic country and the

The Snow Leopard review from Outside Magazine
SIMPLY PUT, The Snow Leopard gets to the heart of why we go to the mountains. There are many other fine books on the subject John Muir’s My First Summer in the Sierra comes to mind but none succeed, as Matthiessen’s does, on so many levels. One could say, for example, that it’s a book about sheep. After all, it delivers a funny, anecdotal account of American zoologist George Schaller’s field research on the Himalayan blue sheep, or bharal. (“Oh, there’s a penis-lick!” G.S. cries out, observing the rut. “A beauty.”) Then there’s the mythic cat of the title, which had been glimpsed by only two Westerners when Matthiessen and Schaller set out to track it in 1973. And the place the mysterious Land of Dolpo, a last enclave of Tibetan culture. And finally, without ever becoming a book about recovery, The Snow Leopard charts how the author came back to life after a great loss his wife, Deborah, had died of cancer the year before he left for the Himalayas. “Why is death so much on my mind when I do not feel I am afraid of it?” Matthiessen asks, while walking a sheer Himalayan ridge. “Between clinging and letting go, I feel a terrific struggle. This is a fine chance to let go, to ‘win my life by losing it.'”

From National Geographic
The southern Arabian desert, a quarter million square miles of sand (650,000 square kilometers), is now a place of oil wells and Land Rovers, but before the 1950s it was still known as the Empty Quarter, a place you entered only on camel and only as an Arab. Only a few white men had ever seen it, much less crossed it. From 1945 to 1950, the British Thesiger crossed it twice, living with the

Bedouin, sharing their hard lives. His book is the classic of desert exploration, a door opening on a vanished feudal world. It is a book of touches, little things-why the Bedouin will never predict the weather (“since to do so would be to claim knowledge that belongs to God”), how they know when the rabbit is in its hole and can be caught. It is written with great respect for these people and with an understanding that acknowledges its limits. With humility, that is, which is appropriate. Fail the humility test, and the desert will surely kill you.
Viking, 1985.

6 Responses to Best Books for Summer