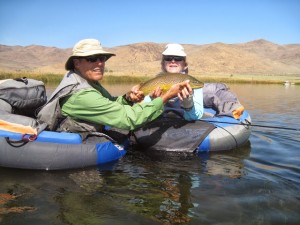 Ran across this blog post from  David Glasscock at Silver Creek Watch and thought I’d put it out here for discussion. How do all of you feel about rainbows versus browns in central Idaho’s Silver Creeek? If you haven’t fished Silver Creek and aren’t familiar with its fishery, just think of it in terms of your favorite waters. Which would you prefer if you had to choose one—rainbow or brown trout? Would love to know, and would like to know why. Thanks.

A few years back, the Idaho Dept. of Fish and Game conducted an open house in Hailey, Idaho. One of the topics was to pass out a questionaire to the public on Brown trout populating Silver Creek.

I attended this meeting and filled out the questionnaire along with many other anglers.The Fish & Game were considering opening up a catch & kill season on Brown Trout. As I recall, the consensus was that the majority of anglers were in favor of the Brown Trout fishery in Silver Creek. Subsequently the F&G did not implement new regulation changes. 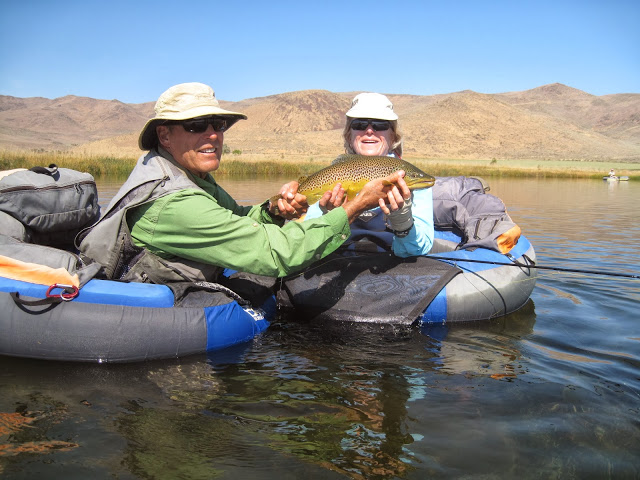 Now, where was the pressure coming from to remove or try and change fishing regulations (harvesting Brown trout) on Silver Creek? I recently asked this question to Mr. Dave Parrish with the IDFG. At the time of the public open house at the Community Campus in Hailey, Dave was the regional director for Region 4 within the IDFG.

Here was Mr. Parrish response:
Just to give you some history, TNC came to us saying, antidotally, that brown trout were dominating the fishery within the Conservancy. They wanted us to physically remove brown trout to restore rainbow trout as the dominate fish through the area. Rather than us electrofish or trapping browns and moving them – which would be labor intensive, risk spread of diseases, and not cost effective, we proposed limited harvest of brown trout. Frankly, we suspected there wouldn’t be much public support for the concept, but we wanted to gauge the public’s concern for the rainbow/brown trout fishery on Silver Creek and share the information with TNC.

Why would TNC want the IDFG to remove Brown Trout from Silver Creek? I had not noticed any sort of domination of one trout species over the other in my 33 years of fishing/guiding on Silver Creek. I’ve always caught far more Rainbows than Brown Trout.

Today, I was reviewing permitting applications for the new irrigation dam that Purdy is currently installing in Kilpatrick Pond. With the new dam is a fish ladder component. The design calls for a check structure or gate at the top of the dam. This gate is being constructed per the TNCs request to block any invasive species or Brown Trout from migrating upstream.

TNC has not elaborated on what invasive species they are concerned about moving over this dam. They have stated in meetings that they want to block Brown Trout from moving upstream, especially during the spawning season in the fall.

I personally do not want a landowner along Silver Creek to try and manage the fishery. We have a very competent F&G state department to do that for us. If TNC has control over the Purdy dam fish ladder gate, then effectively they are managing the fishery. This is not right.

TNC obviously still wants to have Rainbow Trout as the dominate trout species in Silver Creek. I have heard comments from their staff that the rainbows are more closely related to the native species that populated Silver Creek originally. What was the original trout species in Silver Creek? Was it a Red Band trout? Cuttroat? I’m not sure if anyone knows the definitive answer to this question. One things for sure, the Rainbow Trout that populate Silver Creek are descendents of planted trout, probably Rainbows from Northern California.

Both Brown trout and Rainbows were introduced to Silver Creek…..