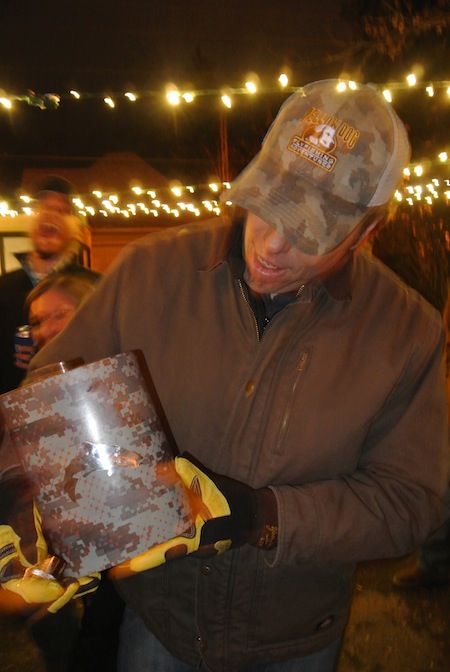 Spent some good hours in Bozeman a few weeks ago, in particular a few hours with the Yellowdog Fly Fishing Adventures crew and their friends. We were celebrating the release of Confluence Films’ Waypoints and we were set to see the movie premiere at the Ellen Theater just a few hours later. That’s when I noticed and old pal up to some familiar antics, antics I support of course. The perpetrator was Shaun Lawson who handles western U.S., Mexico, and Canadian promotion duties for the company. I spotted him canvassing the crowd with the biggest flask I’d ever seen, offering the cheer to anyone who cared to partake. Shot this image and thought enough of it to share it here. Mega-flask on the Christmas wish-list. Hell yea. 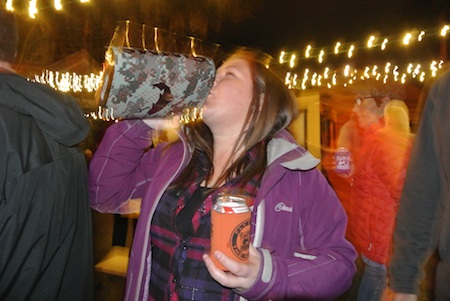