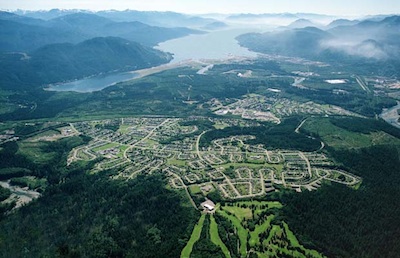 This proposed pipeline is a disaster. It’s not a matter of if, it’s when. This company, Northern Embridge, has a history of mishaps and they are not even thinking that a disaster wouldn’t happen. They are just judging that the clean up and repercussions from a disaster won’t  cost nearly enough to offset their earnings from the project. With everything Canada has going for it from a tourism perspective this project makes me sick. There will be disasters associated with it and the loss of revenue from those can’t be predicted. The project involves two 1,200-kilometre pipelines, one carrying diluted bitumen, the heavy, molasses-like oil produced in the oil sands, west to the tanker port, and the other carrying natural gas condensate, used to dilute the bitumen, east to Alberta. My greatest fear is that oil tankers moving in and out of the northern British Columbia port of Kitimat will fail. That means oil tarnishing the pathways of North America’s greatest salmon and steelhead runs. In addition, all the sea life in the Queen Charlotte Strait and Hecate Strait (some of the most wicked waterways in the world) will be in jeopardy, including killer whales, dolphins, porpoise, seals, sea lions, and all the smaller creatures, including the delectable edibles, such as crab, cod, abalone, scallops and clams. One of the world’s greatest places for natural beauty and abundance stands to be ruined. Again, if you look at this project intelligently, a disaster will happen. Give this little trailer a look and let me know if you feel like Kitimat is host to the next Exxon Valdez. Would love to know your thoughts and what Tonic followers feel about this.