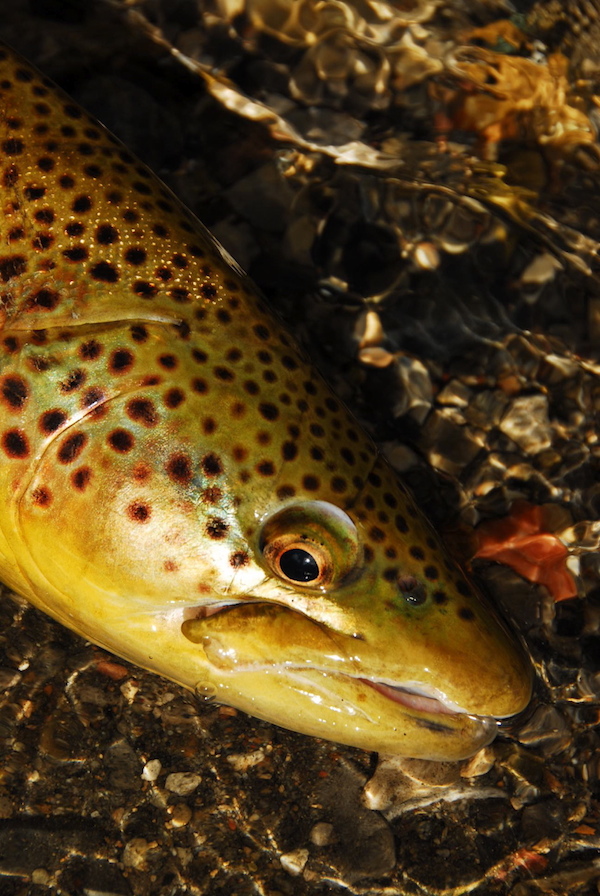 As many of  you know, floating Montana’s Smith River is one of fly-fishing’s greatest adventures. To do so, you need to draw a limited-entry permit and you need to plan for a four or five day float, depending on how much wade fishing you plan to do along the way. I’ve floated the river a couple times and its brown trout are a blast when river conditions are good and there are bugs in the air and on the water. But the best part of the trip is floating for 60 some miles below towering limestone cliffs and camping at various points along the way. But there is a little trouble on the river these days—there are more people than ever floating it and the bears know that well. I’ve seen bears during each of the trips I’ve taken on the Smith and in one case we were lucky to not have had bears in camp after camp-firing it late and forgetting to put all the food away. We got luck. Others have not and now there’s a push to require bear-proof food containers for all floaters. Time will tell if this comes to fruition. Here’s the whole story from the Helena Air.

Floaters applying for Smith River permits next year will have to wait for a final decision on food storage requirements.

The Montana State Parks and Recreation Board voted at a meeting in Helena Wednesday to strip state proposed rules requiring floaters to provide bear-proof containers or electric fences. The proposals came after an increase in conflicts with black bears in recent years, including eight bears killed either by floaters in self-defense or by the state.

The board approved expiring management rules for Smith River State Park, including maintaining current fees and the installation of a pit toilet at an underused campsite. They also directed Montana State Parks and the newly reformed Smith River Advisory Council to bring recommendations for revised food storage rules. The board will take up the new proposals before lottery permits for the popular river go out this spring.

“The spirit we worked with first and foremost was human safety,” he said. “There’s a potential for a terrible incident on the (river) corridor from what we’ve been seeing.”

Adding further resistance to permanent storage, the Lewis and Clark National Forest, which includes around half of the campsites, would not support permanent fences or boxes due to the forest plan calling for a primitive experience, said Carol Hatfield, district ranger for the forest’s Belt Creek and White Sulphur district.

Montana State Parks had documented 42 incidents and sightings last year on the Smith, and food storage requirements could begin to reduce the likelihood of these conflicts, Semler said. When a serious bear incident occurs, managers close campsites, which creates a major inconvenience for floaters, he added.

A bear mauling could open the state up to legal liability if it occurred after the state knew of a potential threat, FWP Director Jeff Hagener said.

Because floaters can only camp at designated spots, the potential for liability could READ MORE