You Write The Caption-4 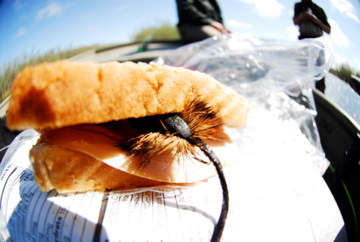 A few years ago I spent a week on Alaska’s Kanektok River southwest of Bethel, fishing for kings with two handed rods. The kings were sparse to say the least, but we managed one brute, lost another, and still had a great time. The best part of the trip was learning how to Skagit cast with guru Dec Hogan. The other highlight was taking a side trip to the Arolik River with Frazier Heston (yes, Baby Moses) to fish mouse patterns for big rainbows. This was some very, very cool fishing with lots of chases, false eats and actual eats. By the end of the day, the four of us who fished said that was something every serious fly fisher ought to do at least once in their lives. Anyway, while I was getting ready to eat lunch on the Arolik I saw a nice photo opp and snapped this one. Have fun with it. Included some additional images from the trip for your viewing pleasure, but you don’t have to comment on those. By the way, I was fishing with Alaska West, which used to be owned by a friend, Andrew Bennett. The camp still exists under the same name. Give it a go if you want to try for big salmon and ‘bows. GT 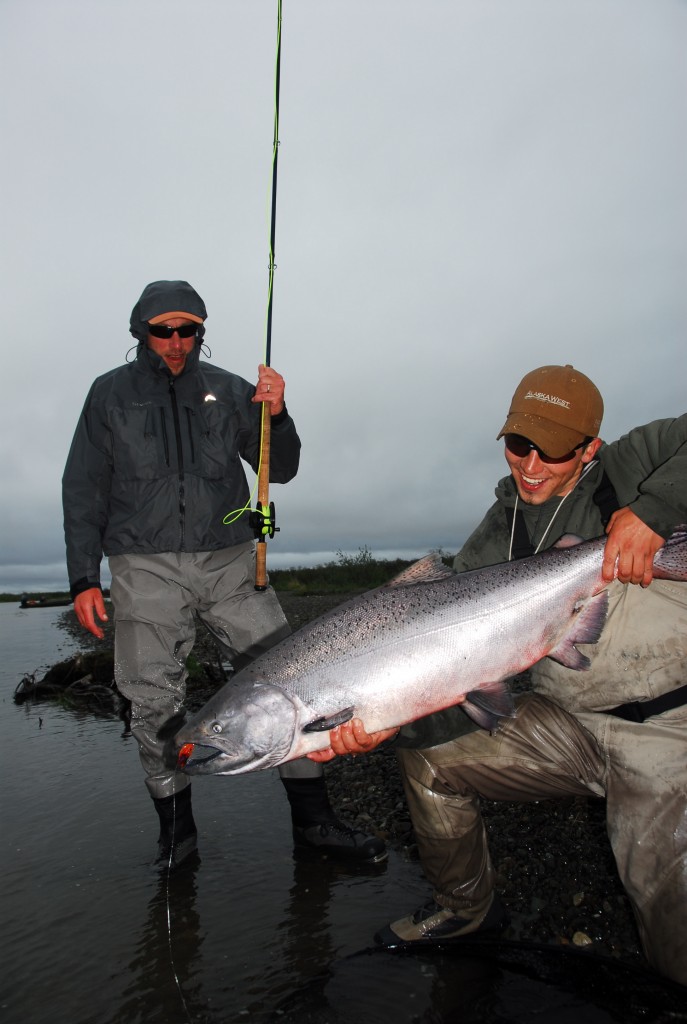 It was slim pickings the week we spent on the Kanektok, but we managed this stud and lost one other giant. These fish, as you can see, were fresh out of the salt, taken on the tides, just a mile or two from the salt. That’s the way you want them—the turned red already beasts are overrated. 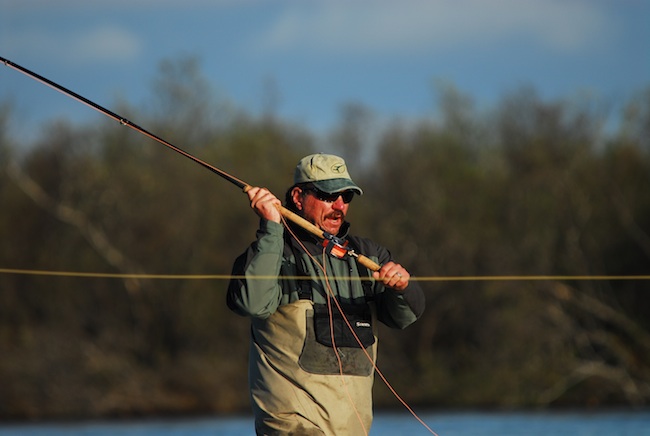 Dec Hogan tearing up the Kanektok one launch at a time. 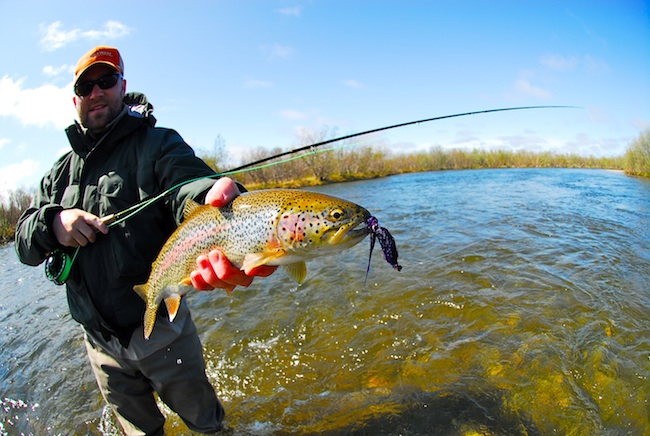 Andrew Bennet with an Arolik ‘bow that ate a mouse imitation.