Welcome to 2015—Another Search for Skagit Steelhead 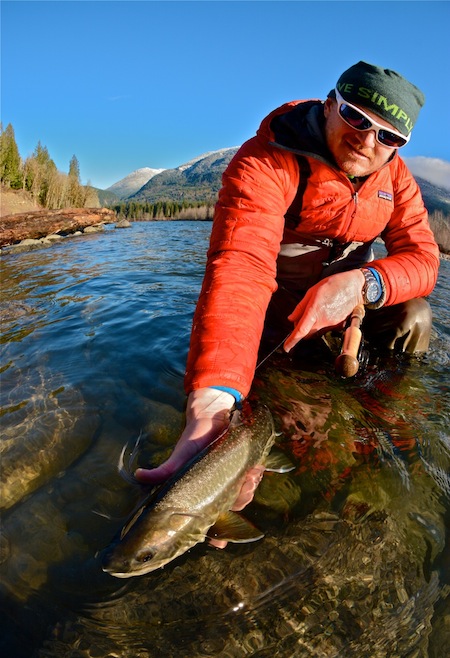 Ok, technically, I fished western Washington’s Skagit River system on December 29, not on the first day of 2015, but it felt more like an introduction to the new year than a wrap up of the past. That’s because there is a lot to look forward to on the Skagit system over the next few years with a moratorium on hatchery steelhead being implemented and an opportunity for some of the biggest steelhead in the world to prove that they—given access to decent habitat—can adequately populate their native turf without being supplemented by hatchery dogs. If this works it’s going to be a template across the Northwest. If it doesn’t you are going to hear the hatchery patrons in full chorus.

I wasn’t really thinking about that on Monday, however. I was more interested in getting a fly on the water with a chance to hook a beast. I’ve fished the Skagit and Sauk over the years and I’ve won a few battles and lost more. Having not thrown for steel since January ’14, this felt completely refreshing.  It didn’t hurt that Monday morning turned out to be one of the prettiest I’ve ever enjoyed in western Washington, with blue skies in abundance, a fresh coat of snow on the Cascades, and the temperature holding steady in the high twenties. There were five of us, including Dave McCoy, who owns Emerald Water Anglers in West Seattle.

In the past we’ve floated the Skagit, but this time we wade fished the Sauk, spreading out along a half-mile long runs, each of us working prime bits of water. We lived a familiar story, however, with none of us ever getting a grab. McCoy did manage a nice bull trout but that was it.

No worries. The Skagit and Sauk should fish better during the next few weeks as well as many other coastal streams ranging from northern California all the way to Alaska. Bet on it—I’ll be making a spring foray for steel on the OP or father north in British Columbia. Throwing a spey rod the other day, in such a wonderful setting, and having a chance to possibly hook a steelhead was a thrill. And I want more of it. If you can, get out on the water soon—often, the Skagit and Sauk close early. If you can’t, make the run to Vancouver Island or the OP or even farther north. Enjoy the pics from a beautiful day.

McCoy with his dolly varden. 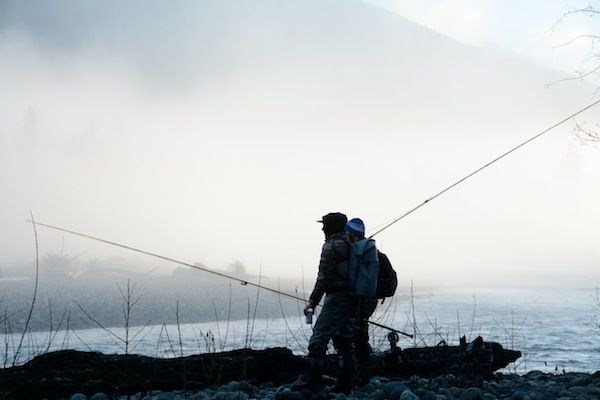 2 Responses to Welcome to 2015—Another Search for Skagit Steelhead