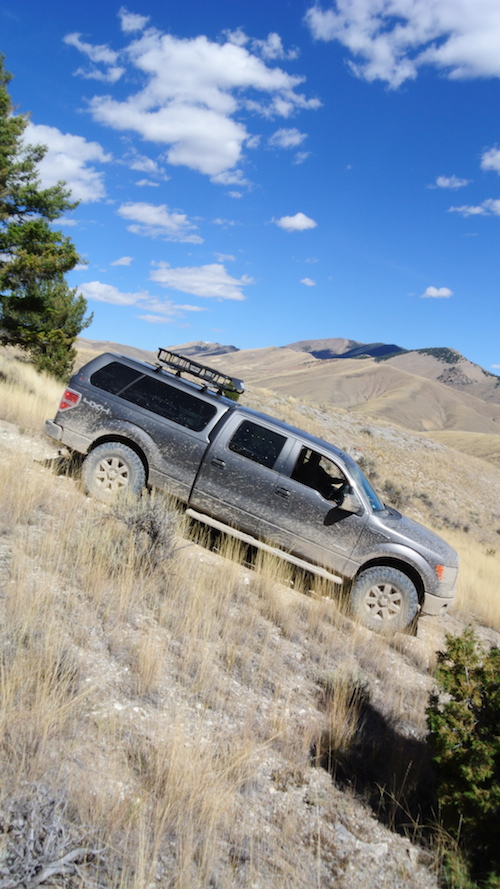 Sometimes the waters close to home are hardest to reach, often because we just push them aside and say, I can fish it another day, other times because, well, you just can’t get to them.

That’s the case with this little mountain lake I’ve wanted to fish for years. Rumors you know. Big cutthroats. Nobody fishing it. Beautiful setting. I tried twice. Both times my truck didn’t have enough clearance to negotiate what amounted to, basically, a jeep trail. I was sure to get high-centered so I backed down, turned around, and headed to the lowlands to fish streams.

But in September I put a leveling kit on the Ford and got my hands on some mega-beast Toyo Maximum Traction tires and planned a new assault. These tires are aggressive, the kind of treads you want if you are really getting after it, trying to reach terrain that isn’t very accessible. Think driving through mud to reach lakes during spring. Think climbing jeep trails during summer to reach high trout lakes. Think archery elk and antelope hunting during fall, and mixing some of that high-mountain lake fishing into the equation. Think winter steelhead and driving over snowy passes to reach muddy and pothole riddled dirt roads on the coast. Think about pulling a raft or drift boat or even a jet sled out of the water at a muddy put-in. Think your neighbors front lawn if their shih tzu keeps pooping in your yard.

This camping in the West thing is pretty cool.

Actually, I wasn’t thinking about any of that when I got to one of the obstructions that had turned me away in prior years. I got out, estimated the clearance and said to my dad, Fred, “I’m all in.” I crept forward with Fred eyeballing the differential and he gave me the thumbs up. Next we had to scale a super steep patch of the road with some massive rocks strewn about. It was a place where we could have easily smashed a rim or a tie rod, or the transmission. Again, with the truck in four-wheel low and the tires finding great purchase, I was able to crawl up the road, avoid the big boulders, and top out for a great view of a lake I never thought I’d reach 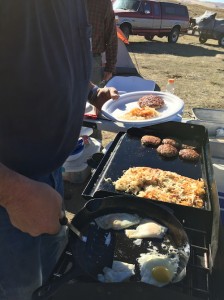 This, my friends, is the way to start out a day.

I strung two rods, one with a floating line and one with a sink-tip and started in, scanning the shallows for trout, hoping all the rumors were true. It didn’t take long to get a grab, but I missed the fish. And then things went dead. I worked along a shoreline, casting parallel to the bank, casting straight out, testing all depths from the surface to the weedy bottom, but I couldn’t get another grab. Then, in a shallow bay I saw a fish follow the fly but refuse to eat. So I switched up to a small, black leech and worked back in the direction I came from. By this time the boys, Fred, my brother-in-law Greg, and our mutual friend, Dave, were getting antsy. They figured the lake was dead and were eager to head down, out of the high country, to scan for antelope. Right when I told myself I’d take one more cast I hooked a fish and quickly announced, “It feels like a good one.” A few moments later I beached a fat, beautifully colored cutthroat that measured, maybe 15 or 16 inches long. 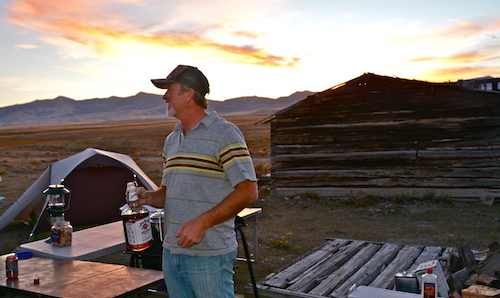 This, my friends, is the way to end a day.

We admired the fish, released it, and I made another cast. You know this story: a fish hammered the fly, started off on a run and I tightened up too quickly. Ping! And what I estimated to be a five-pounder was gone in a snap. 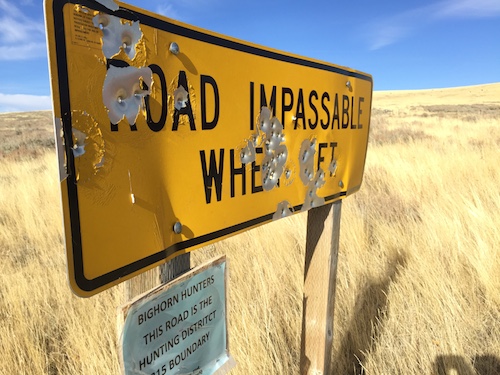 Whatever. Nothing the Toyo Maximum Tractions can’t handle.

I made a few more casts, and would have made more, but it was time to head down. Fortunately, I’d finally reached the lake, fished it, caught a fish, and learned a lot more. Plans. I have plans. I’m going to steer that Ford back up there, let those Toyo Max Tractions perform their magic again, this time with my girls and Watermasters in tow. And once I get there I’m pitching the tent and settling in for a few days. I want to know what kind of fish broke me off and put a few more answers to rest. 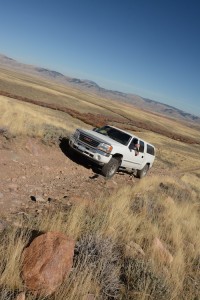 Creepy, crawly. My bro-law works up a grade in four-wheel low. 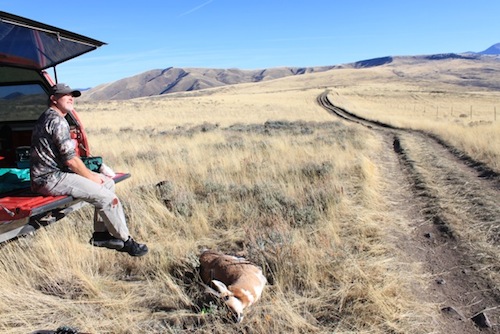 Bonus! Antelope down. Grilled backstrap on the menu. 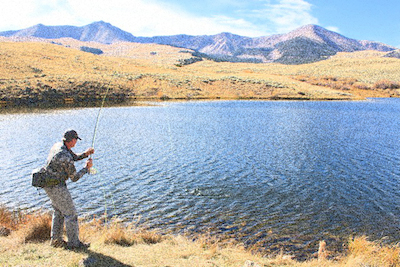 Third time is a charm! Finally I’m at the lake and fishing. And hooked up, no less. 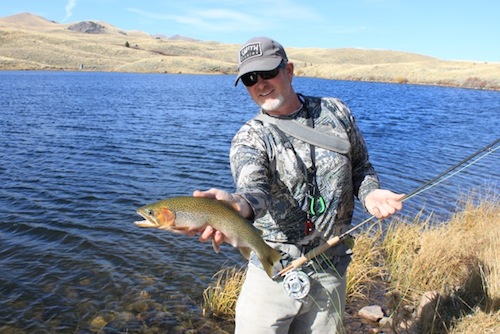 I’d take these all day long, although I can’t say I don’t sting a little from losing this one’s giant brother.