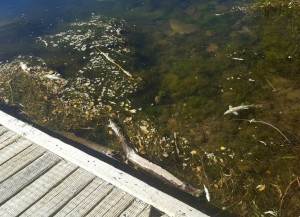 A big fish kill on Montana’s Yellowstone River shut down guides and common anglers this summer and it appears that the disease that crushed the Stone’s whitefish population is doing some damage in Idaho, too. Here’s IDF&G’s take on the situation.

Idaho Fish and Game recently received reports of sick and dead whitefish on the South Fork of the Snake River. Biologists surveyed the river to gauge the extent of the kill and which fish are involved. Biologists suspect it’s an outbreak of proliferative kidney disease, or PKD, which is the same pathogen responsible  READ MORE