The Pacific Northwest’s Most Overlooked Fish 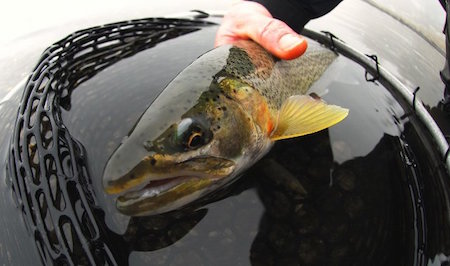 Sea-run cutthroat are mostly overlooked by anglers headed to the coast with the goal of catching steelhead or salmon. And those who ignore them are missing out; sea-runs are beautiful, hard fighting, and they can grow to five pounds. You find them in the saltwater and in freshwater streams. A day spent cruising the beaches of Puget Sound near Seattle, or as far north as southeast Alaska, makes for one of the PNW’s greatest angling experiences. So, don’t miss Dave McCoy’s presentation on sea-run cutthroat and silver salmon fishing that takes place at the Double Tree in Missoula on Wednesday at 7 p.m. (6:30 for fly tying). The event is being put on by Trout Unlimited’s West Slope chapter and it will fill you in on when to fish for sea-runs and which flies you can tie to catch them. 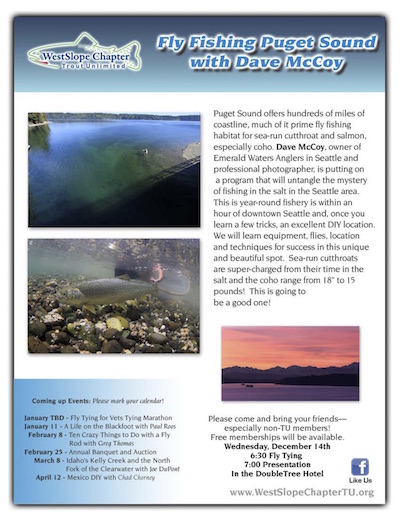