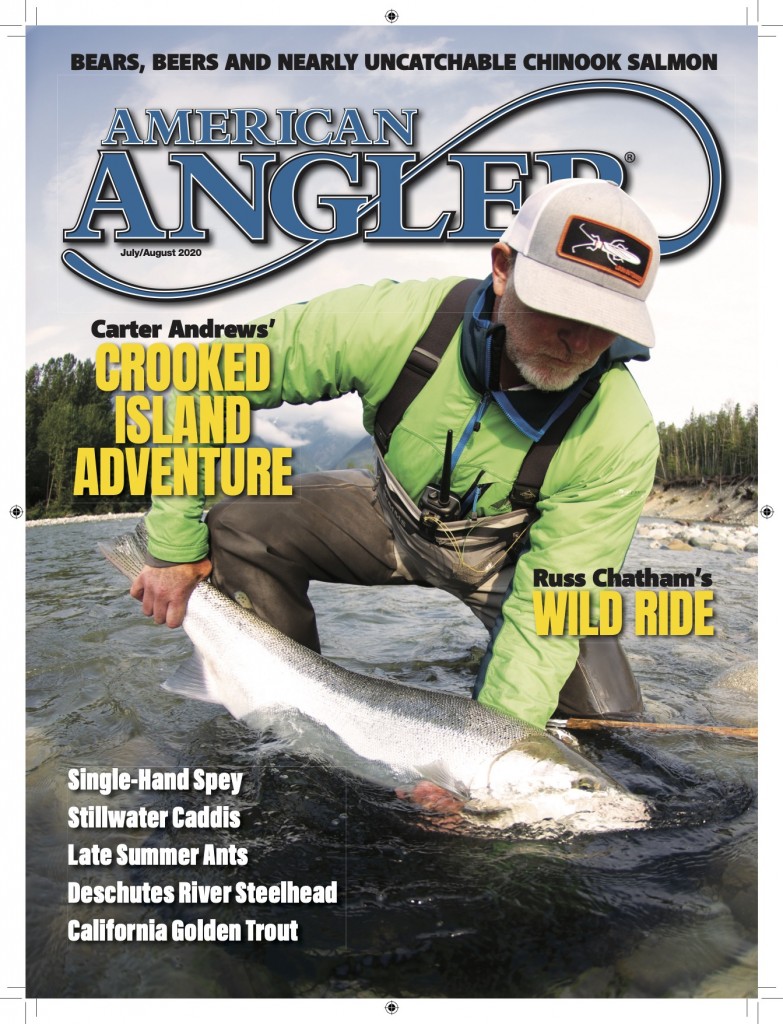 American Angler has ceased publishing print and digital editions and will focus on its digital assets.

If most print publications weren’t struggling right now, and hadn’t been for many years, with full-staffed mainstream titles included in the mix, I would say you could call me a print media killer.

I used to work for a commercial fishing publication called Alaska Fisherman’s Journal and that went under a few years after I stopped working for it. And several years after I took the helm at Fly Rod & Reel magazine that title disappeared. And, unfortunately, I have to announce that American Angler magazine, which I’ve run for the past two years, recently  pulled the plug on its print and digital versions, effective immediately. It makes me feel like print media is dead.

A lot of the American Angler decision has to do with Covid 19, but all editors and publishers know that this downward spiral is longstanding and tough to deal with, financially and emotionally—most of the editors I know consider their work to be a form of art and they pour their souls into it.

American Angler magazine is not alone. Dun magazine recently announced it would stop the print edition for the time being and go strictly digital. Several Euro fly-fishing magazines pulled the plug completely. Angling Trade, which serves the fly-fishing industry just announced it would be strictly digital from here forward. I believe the Drake magazine skipped an issue. Field & Stream and Outdoor Life started concentrating more on their digital presence a few years ago. And in conversations with fellow editors, they’ve described the slashing of page counts in future editions and reductions in rates for authors and photographers. Many of them privately told me they are just hanging on and not wanting to get that phone call.

Personally, I really hope that several print magazines in the fly-fishing arena can garner the support of the industry. Is there value in print advertising? I think there is, especially in those of you who read it—I’m not against the digital assault, and I can see an advertiser’s reasons for pushing ad dollars there, but it’s still a crapshoot on who that audience really is. With print, you knew you were reaching the right people, that being truly dedicated fish-heads like you.

To all of you who read American Angler, and to everyone who worked with me to fill its pages, I say thanks. And thanks to the advertisers who stuck with us all the way. American Angler will continue its social media presence, and the web site will continue to offer classic American Angler material and fresh content, too. So, don’t despair—you can stay in the AA community if you choose. —GT