Tongass May Be Saved From The Saw 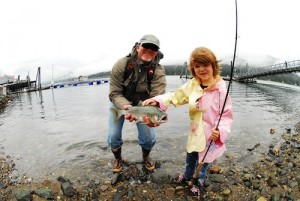 SAN FRANCISCO — A federal district judge has reinstated a Clinton-era regulation that prevented logging on old stands of hemlock, cedar and spruce trees in large stretches of the Tongass National Forest in Alaska.

The judge, John W. Sedwick, ruled that a Bush administration decision to reverse course and allow tree-cutting was made for reasons that he called “implausible, contrary to the evidence in the record” and in conflict with judicial precedents.

The State of Alaska had intervened in support of the federal government, arguing that closing off areas open to logging would cost jobs. But in his ruling, handed down late Friday, Judge Sedwick said evidence presented in the case showed that logging in southeastern Alaska has been declining in any case.

At 16.8 million acres, the Tongass is the largest component of the national forest system. It was the center of a battle in the 1990s between the timber industry and environmental groups and has a strong emotional pull for environmentalists as a remnant of the primeval immensity of the North American wilderness.

Want to read about Trout Unlimited’s work in the Tongass and the forest’s economic value? Check out http://www.tu.org/conservation/alaska/tongass

This entry was posted in Alaska, Northwest and tagged southeast Alaska, Tongass. Bookmark the permalink.