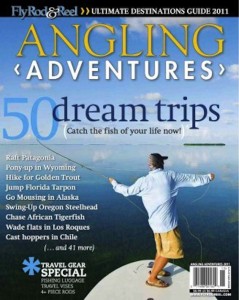 Thought all of you would like to know that I’m taking the helm at Fly Rod & Reel. This is going to be a blast to do and it will be good for Angler’s Tonic, too. I’ll continue to produce Tonic and I’ll be on the road a lot to bring you cool stories from lots of places. gt

CAMDEN, ME—Fly Rod & Reel announces the appointment of Greg Thomas to Editor. A familiar byline and photo credit in the fly-fishing world, Thomas had been the Managing Editor since 2009.

“Greg is one of those rare talents,” said VP/Publisher John Viehman, “…a guy who can not only fish and write well about it, but he comes home with jaw-dropping photos to prove it. Working from his Montana location, we expect he’ll bring a whole new level of energy and enthusiasm to what already is the leading media brand in the world of fly-fishing.” 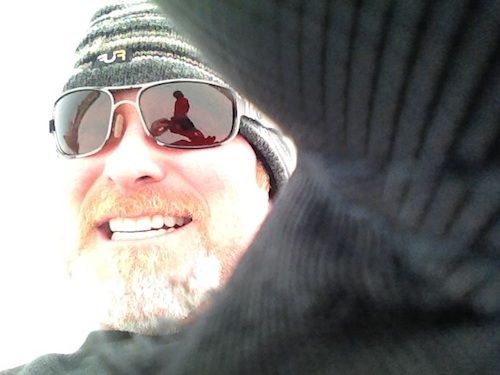 “I am thrilled to take the helm at Fly Rod & Reel,” Thomas said. “This is the most intelligent and entertaining fly-fishing-specific media brand on the planet and it celebrates everything that’s great about angling … meaning the people, the literature, the culture, and the challenges and rewards of casting a fly for fish. Having an opportunity to take it to an even higher level, and to do so from Montana—a bastion of fly-fishing—is a great opportunity.”

Prior to joining Fly Rod & Reel, Thomas was the managing editor of Big Sky Journal. In addition, he was the founder and publisher of Tight Lines, an annual publication he sold in 2007. Thomas also operates Angler’s Tonic, an edgy fly-fishing-specific Web site. He plans to take that Web knowledge and enhance Fly Rod & Reel’s digital efforts, adding additional subject-specific digizines to the media mix, along with e-books and timely reports from the field.

Thomas assumes his new role after the departure of former Associate Publisher Joe Healy in December. Since that time, Thomas and former Editor-in-Chief Jim Butler have co-produced Fly Rod & Reel’s Spring issue and a contemporary newsstand annual publication, titled Angling Adventures. They will continue as a team, with Butler handling specifics from the magazine’s headquarters, in Camden, Maine, and Thomas overseeing day-to-day editorial issues from Missoula, Montana.

Fly Rod & Reel is part of Down East Enterprise, based in Camden, Maine, which also publishes Shooting Sportsman and Down East: The Magazine of Maine and their brand-related books and Web sites.