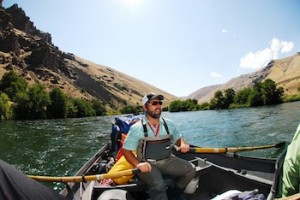 Hey, I’m not saying this is the same fish, but Peter Crow, marketing director for Smith and Suncloud glasses, and I had some fun yesterday as I was drumming up support for Angler’s Tonic in 2013. I mentioned that I fished the Deschutes River’s lower canyon in August and took some nice fish. Then I e-mailed Crow an image of the best fish, while we were talking on the phone. He got the e-mail and said, “Where’d you catch that one because I caught the same fish!”

Subsequently, he e-mailed an image of a fish he took on that section of the Deschutes and we shared a laugh at how similar they appear. You never know. Maybe it is the same fish. Unlikely, but fun to ponder. Here are the images. And if you want some great shades or some prescription glasses to add some serious style to you appearance, check out Smith’s site at Smith Optics 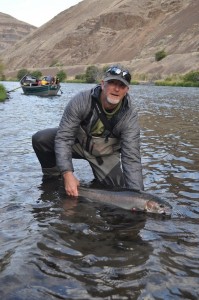 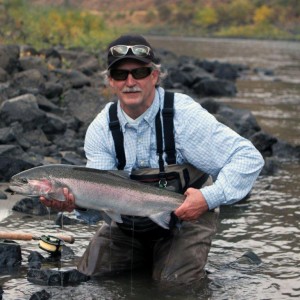