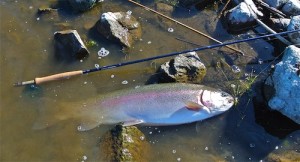 Got this Orvis Helios 2 a while back and have wanted to really put it to the test. That test arrived in eastern Washington a couple weeks ago when I fished private lakes for some monster rainbow trout, fish stretching 30 inches long and weighing seven to 10 pounds. Now that kind of fish puts a serious bend in a five weight!

Ok, I’m a big fan of Orvis’ original Helios rod and currently own two of those  sticks. I was a bit skeptical about the H2 being a better rod than the original version and figured this was just a rod-building company keeping things fresh so that buyers might say, “Well, I’ve got this great orvis Helios rod but I have to have the new thing.” 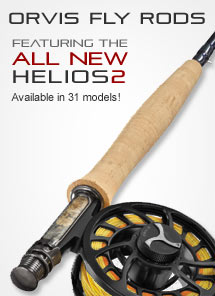 But after throwing H2 I probably wouldn’t go back to my original Helios rods—this stick is light, fast and strong. While fishing in eastern Washington I matched a Rio Camolux five-weight line with a 9′ 6″ Helios 2 and the thing threw like a dream. I trolled around those lakes in my Watermaster a bit, but mostly threw from the banks, which meant I need to throw 60 to 80 feet of line most of the time. No problemo, Senor. The Helios 2 hucked big and was really was pleasant to cast. 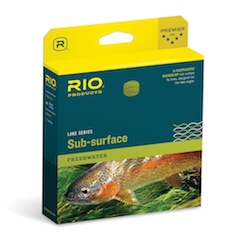 In the old days Orvis rods had a knock against them and I think it may have been deserved—they seemed to break with relative frequency. I broke four or five of them in the 1990s and early 2000s. But, I haven’t broken one since.

To indicate the strength of the new Helios 2 I have to tell a story. I was trolling across one of those E-WA lakes when I felt a grab. Unfortunately the fish didn’t stick. Then the line got yanked again and this time the hook stuck. I fought the fish for a few seconds and knew it was a good one, but then I also realized something was wrong—the fight seemed weird. Had the fish wrapped itself in the line? Had it hooked some sort of underwater structure? Or was it snagged? Snagged? That might explain the missed grab and then the hookup.

Pretty soon I determined that the fish was snagged, and in one of the worst spots. Near the tip of the upper portion of the tail. I cranked and cranked and cranked on that fish and finally got it within netting range, but the net wasn’t big enough and the fish just hung over the thing. When it slipped from the net it would dive straight down, head first, and put an amazing bend in the rod. I gripped the H2 with two hands and lifted the fish back to the surface several times, sure that the rod would break, especially because the Tibor reel I was using had malfunctioned and wasn’t providing any sort of smooth drag. When the fish dove the rod lurched downward and each time I thought I’d see splinters floating through the air.

No such thing. Eventually I landed that fish, and released it unscathed, and the rod held up like a champ. I think that fish provided the best test I could give Orvis’ new Helios2 fly rod. If you want a strong, powerful stick, give that one a throw. To learn more hit your local fly shop or visit. www.orvis.com

This fish gives you an idea of the size of trout we were catching in eastern Washington. This fish may or may not have been as big as the one I foul hooked and fought with the H2.