Buying The Megaload of Ice 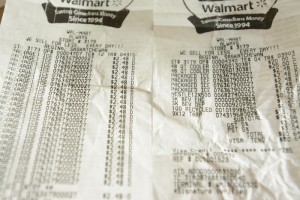 Like most American’s I hate tax time. And I say that after having spent most of the day going through receipts, categorizing them, and adding up the totals.

As much as I dislike the process and the stress it causes, going through those receipts is also a way to review what I did in the past year. When I finished today I was a little surprised to see that I’d traveled to Seattle (three times), Denver, the Oregon Coast, Winnipeg (twice), Ontario, northern Manitoba, Saskatchewan, Florida, Los Angeles, San Francisco, Portland, and eastern Washington, all in 2014.

I turned through receipts that reminded me of some great dinners, and others that brought back memories I can’t even share here, but the one that caught my eye more than any other was one I collected in September, in Regina, Saskatchewan, at a Walmart, at 8:41 AM.

I was traveling from northern Manitoba to Missoula, Montana, and the back of my truck was loaded with moose meat, plus a moose skull and antlers, and a moose hide. Problem was this: it was already 70 degrees in Regina and by the time I crossed into Montana the temperature would be in the 80s. I’d worked hard for that moose and now I needed to save it from the sun. That’s when I walked into that Walmart, in blood speckled pants, with an unshaven face, and bags under my eyes from having only slept three hours in the past 48 hours. If you are starving for attention, walk into a Walmart at 8:40 in the morning, in blood-stained pants and buy two coolers and 38 bags of ice. When I did just that I think everyone at every register, including employees, turned their heads my way. I paid, shrugged my shoulders at every one and wheeled out of there with the ice stacked high.

Good news. I packed all that ice around the meat and covered it with a tarp. When I made it to my house the meat was plenty cold and I had a receipt that now brings back a great memory. 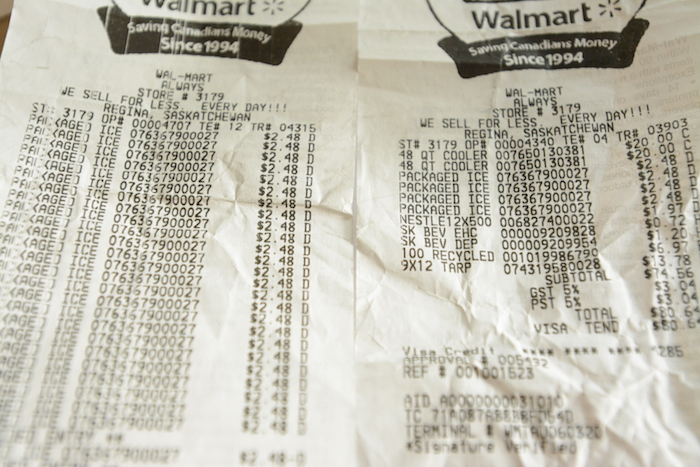 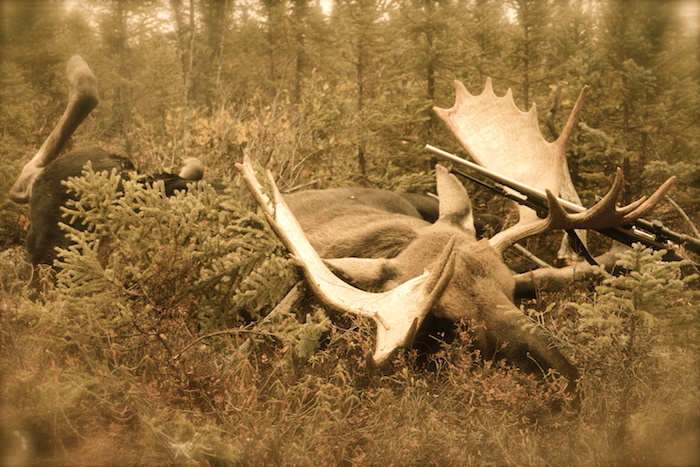 This entry was posted in Culture and tagged Moose hunting Manitoba. Bookmark the permalink.

One Response to Buying The Megaload of Ice