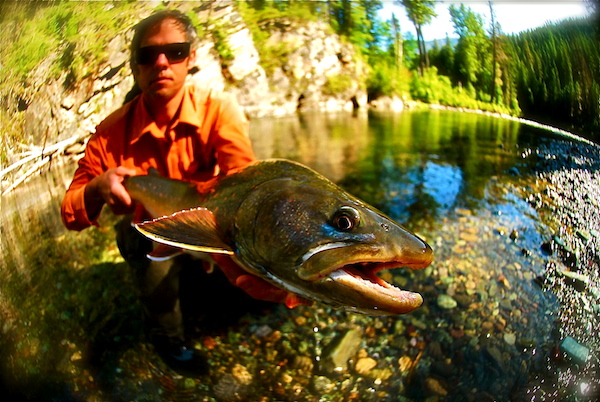 Biologists say Montana’s bull trout numbers are stable, but that shouldn’t indicate that anglers will be let loose on this “threatened” species anytime soon. As you probably know, specifically fishing to bull trout in Montana, except for a couple places, is illegal. Anglers, however, regularly target these fish, which could pose problems if the Feds every get serious about enforcing their position. While the numbers of bull trout aren’t staggering compared to historic averages, at least they aren’t falling off the face of the earth. Down the road, hopefully, there will be enough bull trout in Montana for our kids to fish for them. Here’s more on the story from The Missoulian.

After a fall spent sloshing up little spawning streams, Montana Fish, Wildlife and Parks biologists report some mixed success for the state’s most significant trout species.

“They spent hundreds of hours and walked a couple hundred miles of stream to collect data,” said FWP Region 1 fisheries program manager Mark Deleray. “We believe it’s worth it, because the spawning numbers are the best way to assess the status of the bull trout over time. And we’re seeing relatively stable numbers.”

Bull trout are listed as a threatened species under the federal Endangered Species Act, and their fate has a big impact on land use, fishing opportunities and public policy throughout northwest Montana.

Fortunately for biologists, bull trout have a distinctive spawning behavior that makes them easy to monitor. Once the fish reach maturity in large freshwater lakes, they return each fall to the little tributary streams where they were born to lay eggs, like landlocked salmon.

The female bull trout scrape out depressions, called redds, in the creek bottoms that can be 6 feet long or more and up to 3 feet wide for their egg nests.

The biologists walk the streams, taking a census of the redds. Some streams in Region 1 have been surveyed for 35 consecutive years.

Deleray said the 2014 counts are close to the 10-year average for the region, although they’re far below historic levels.

Meanwhile, the Kootenai basin hosts bull trout that spend much of their lifespan in streams that cross into remote parts of Canada. The 2014 redd count for the Kootenai was 2,027, against an average of 2,134 and a high of 3,093.

“That’s the largest run of bull trout we have anywhere,” Deleray said. “Those fish come to Montana and spend much of their life in the READ MORE