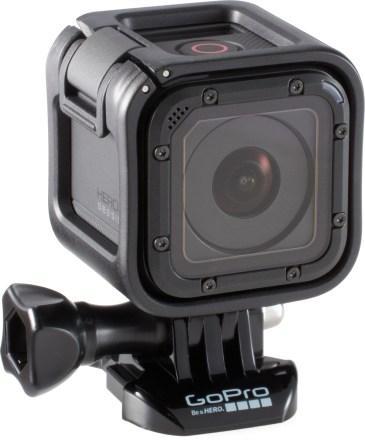 You know what’s not fair in life? I’ll tell you. I don’t own a GoPro camera. And that’s become even more of an issue since GoPro introduced the Session, a super compact amazing piece of machinery that makes documenting a fishing trip a lot easier than it used to be. Really, these cameras are amazing and I know that even though I’ve only been able use one for a short time. That was when I fished the Yukon Territory, for pike and lake trout, and my friend stuck the camera in the water without having secured the protective housing around it. Can you say ruined the first time he’d used it? Not a good thing, either, when you’re a two hour float-plane ride from civilization. Fortunately we had my Nikon SLR to document the experience, but it wasn’t the same.

I’m going to get one of these Sessions in my hands soon, but in the meantime I’ll let my friend Louis Cahill, who runs Gink&Gasoline explain the merits of this thing. He met with the GoPro people back in July at the iCast Fishing show in Orlando, Florida. While he was doing this, I was limping around on blistered feet after having scorched the things on hot, white sand. That happened when I was chasing snook. So, thanks to Louis for doing the hard work. Check out more of Louis’ work at G&G.

GoPro cameras are quickly becoming standard equipment for a lot of anglers. Their compact size, simplicity and rugged, waterproof design make them perfect fishing cameras. It’s no wander they are showing up on rivers, lakes and flats everywhere.

The new GoPro Session, the latest evolution in the Hero-cam lineup, offers the same great image quality and features as earlier models in a remarkably small package. Roughly the size of an ice cube, the Session is even easier to carry and mount than earlier GoPro cameras and has some new functionality that I really like.