Simms’ “Fish It Well” Motto Helps Tonic Get To The Dean

I know Simms would have preferred that I write about their new campaign, called Fish It Well, a month or more ago when they sent me a hoodie emblazoned with a logo promoting the campaign.

But I wanted to wait and give the whole idea some thought. I am definitely from the mold that you get one life so you better make the most of it, and fishing and hunting have been instrumental in my efforts to do just that.

The package arrived at a time when I needed to make a decision between a few extra days with the kids or actually taking care of myself  for once. On the table was a trip to British Columbia’s Dean River and BC West lodge—I’d been there before, landed 21 steelhead in six days, and didn’t want opportunity to slip.

Do this and you will live a good life.

In the end I accepted the trip and fished with three men I’d never met, the writer and founder of Spey Pages, Dana Sturn; Mike Walsh, who’s a serious fly tier and a salmon and steelhead junkie; and Dake Traphagen, who is a custom guitar maker, a dedicated fly tier, and a master of Pacific Northwest steelhead and salmon.

We’d chosen a week on the Dean that could be hit or miss—the second week of the season when water conditions might blow out completely. When we arrived, the river was high and muddy, but the forecast led us to believe that the river would drop and our timing might be perfect.

I’d set a goal to catch one steelhead and one king/chinook salmon, and that anything more than that would be a bonus; that first evening I got a nice 13 or 14 pound steelhead and the next morning, after walking to the river at 4 a.m., running what Sturn called “Dawn Patrol,” I landed a decent king.

By the end of the week we’d each hooked, lost and sometimes landed enough fish to call it a good week of fishing and a great week of company. Sturn, in fact, fought a fish for an hour and 11 minutes only to lose it without ever really getting a good look at the beast. And believe me, there was no “nursing” the fish. Those Dean kings, and the steelhead for that matter, including a 20-pounder that I landed on the fourth day, are super strong and tough to turn. Durning the week I slid into some sort of melancholy that has escaped me for eight years. Hopefully this is a trend. Because dying from stress isn’t what I would call “fishing it well.”

So there was the choice—fish or stay home. And like I said, I chose to fish. Over the years that’s typically been the right decision. And because I made the choice last month to do just that, I plan on making that choice more often in the future. Yes, the kids come first, and have in my mind since they day they were born. But they, too, will benefit from a happy father who has great stories to tell. Thanks to Simms for driving home a good message, and here’s to all of you “fishing well” whatever water you’re on this year and in the future.  Check out Simms Fish It Well video below. —Greg Thomas 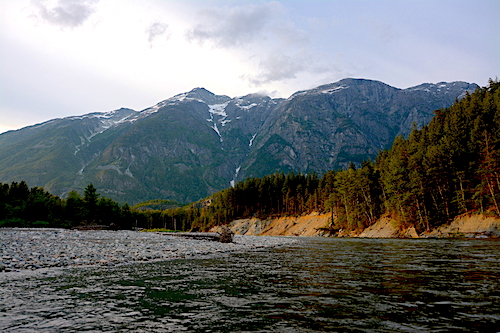 Wildness at the “Slide.” 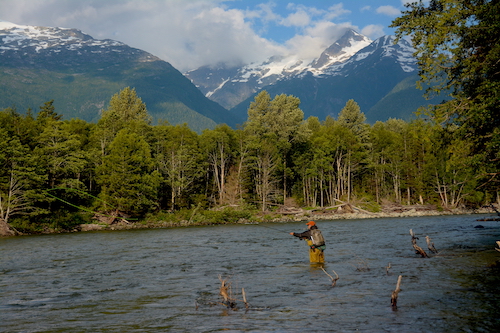 Sturn bombing one near Eagle’s Nest. 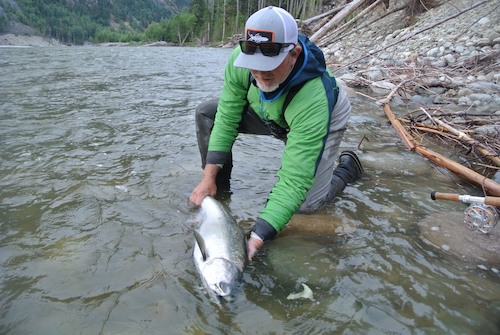 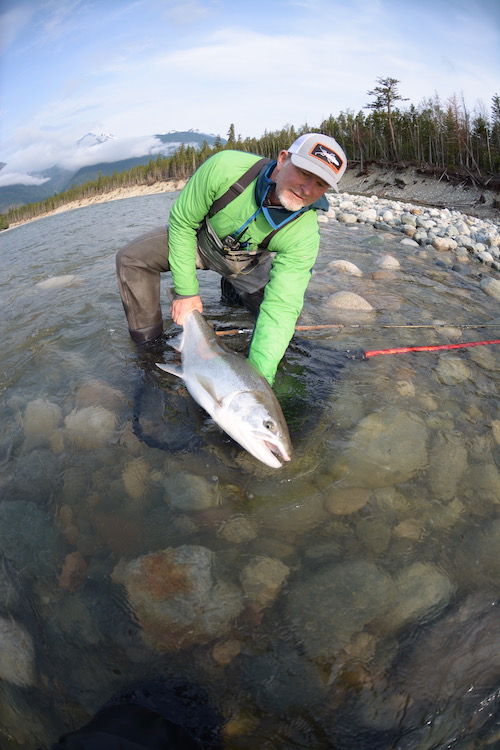