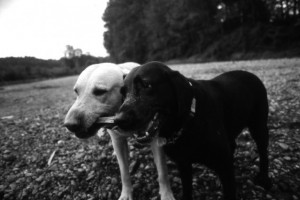 I’m on night one of a five-day trip to Idaho’s Clearwater River, an attempt to land and release as many of those big, meaty B-run steelhead as is humanly possible. But

it’s 4 o’clock in a narrow, mountain canyon and, to my surprise, already dark. Suddenly, I have no idea what I’ll do during the 14 hours before daylight returns, sentenced to the back of the truck with two spoiled Labrador retrievers. Already, I’ve tied enough egg-sucking leeches and conehead muddlers to supply an army and the 20-mile run to the bars in Orofino represents a dangerous foray. It wouldn’t be so bad, but not so long ago there was a lot of booze one night and a friend who didn’t notice her missing tooth until morning. I don’t want to see this gal and explain why my friend hasn’t called. So, basically, I can’t be seen in Orofino. 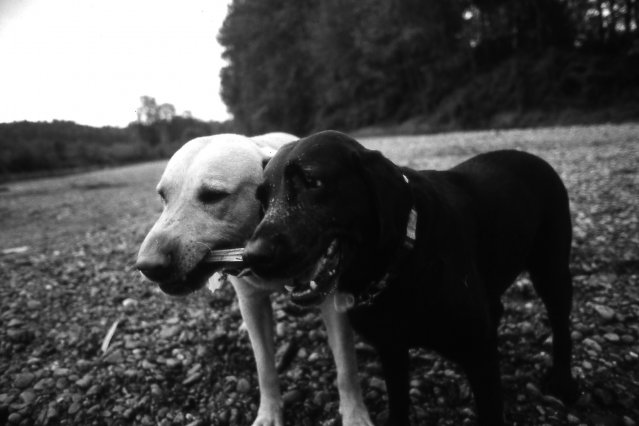 I’m three bites away from completing the meal when I retrieve a stocking hat from the cab. I return and the tailgate is licked clean, my High Life knocked to the ground. It reminds me of the time Moose opened a cooler and ate five Hungarian partridge—every wing, foot, head, beak and bone. Shadow is no saint either; I recall her stealing 62 strips of deer jerky off a counter when I was living in Sun Valley, Idaho. I say, “Who ate my burger! Bad dogs!” The dogs look innocent as larks. Moose’s left eyebrow raises, the right falls in unison. I interrogate the animal and he diverts eyes. Shadow moans and inches her 13-year-old frame onto the nest I’ve created—two cedar-chip beds, a foam pad and a down sleeping bag. It’s an act. She shares equal blame. A hidden camera would have recorded a dead-heat. Her stomach growls, the grease taking effect. 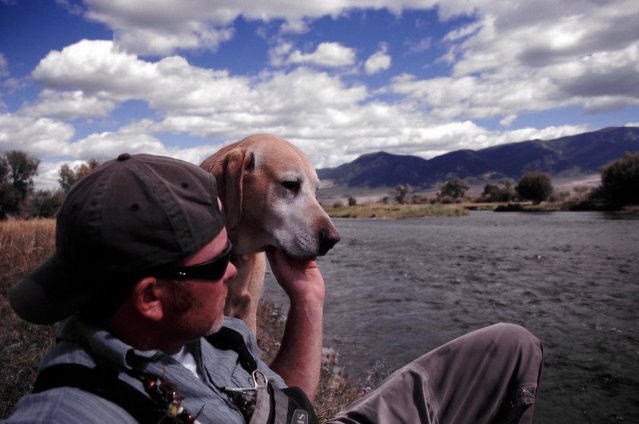 I pour another, acknowledge the shivering dogs, and recall a wicked-cold New Year’s Day when I drove from Seattle to Montana, across ice covered roads, stopping here and there to check the bowl games. I was headed to the Gallatin. I ran out of gas near Drummond. The temperature was minus-twenty. Seriously. Minus-twenty. I didn’t have a sleeping bag. I put on every item of clothing, climbed into a pair of 5MM bootfoot neoprenes and sprawled down in the bed of the truck. I held Shadow in my arms and Moose slept on my head. I wasn’t sure we’d make it.

Early in the morning an officer tapped the canopy. I rose, alive, minus a contact lens, covered in a death frost and dog hair. My breath stank. I lifted the lid and that cop’s expression said he’d awakened the dead.

This entry was posted in Culture, Idaho, Spey. Bookmark the permalink.